Taking a Trip Down Memory Lane: We Tracked Concorde!

G-BOAG, one of the British Airways Concordes seen in April 2003. Photo: Wikimedia Commons

A spotter in today's world would have reveled at the thought of being able to spot Concorde flying over their heads at an airport, or seeing it fly over their house whilst tracking it on RadarBox.

For those that have used our products in the last 20 years, some have had the amazing opportunity to do so! 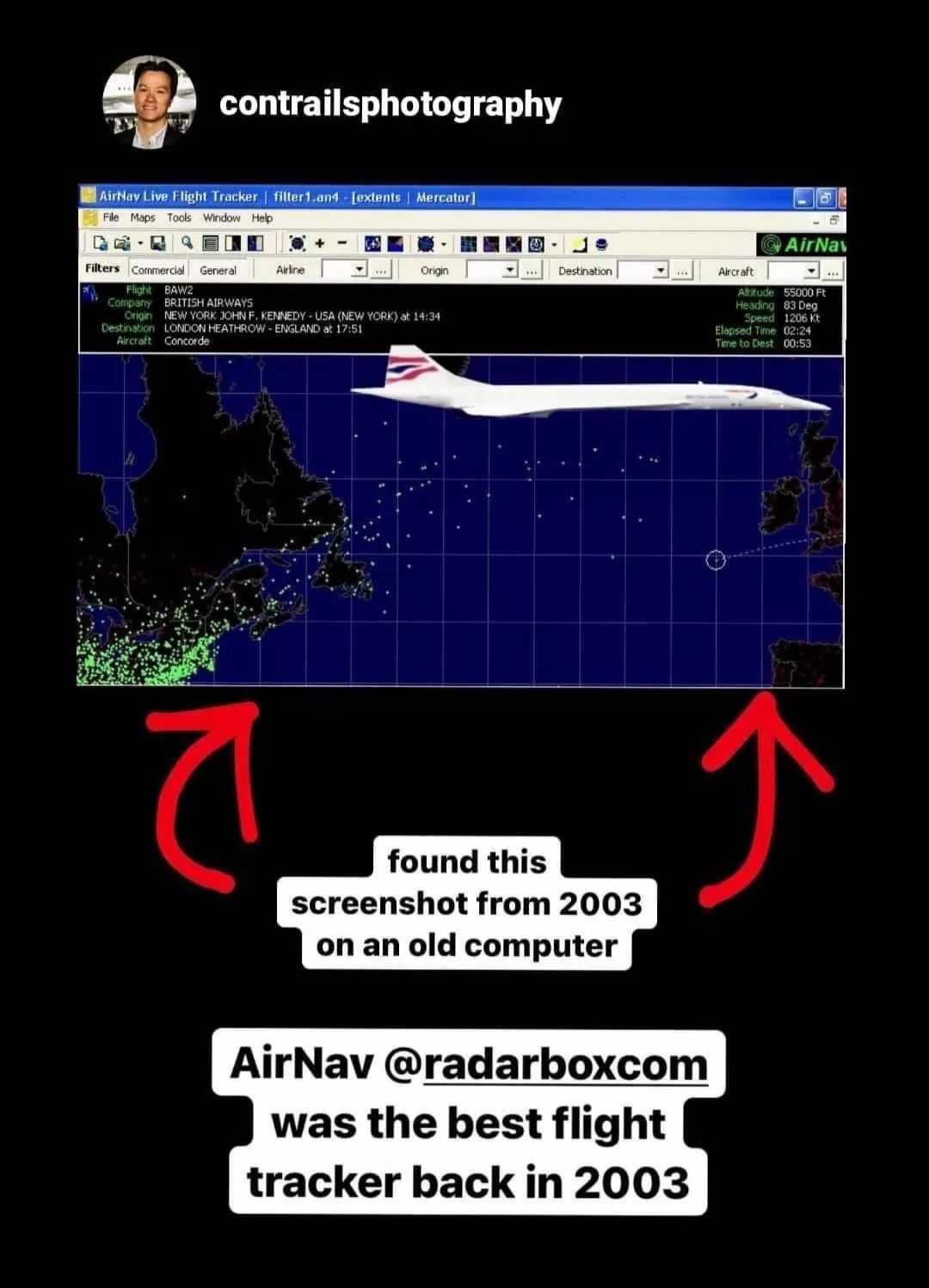 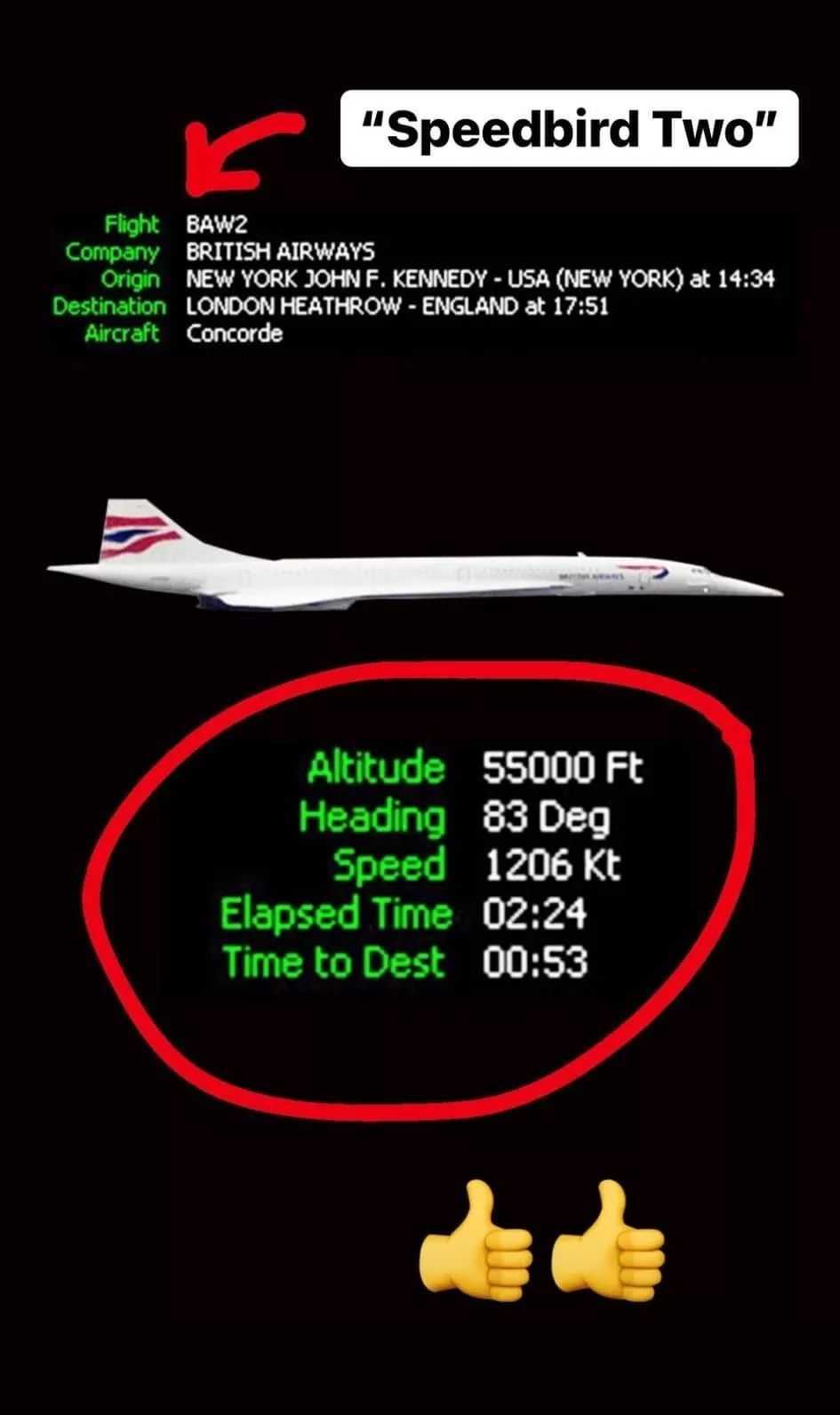 @contrailsphotography on Instagram did just that. In his story, he featured us with a screenshot of the AirNav Live Flight Tracker back in 2003 of BAW2 flying the world-famous British Airways Concorde route between New York's John F Kennedy International Airport (JFK) to London Heathrow (LHR).

The aircraft was spotted on our radar at 55,000 feet, cruising at the well-known speed of Mach 2, which breaks the sound barrier.

As we all know, the Concorde was famous for being able to do that specific route within three and a half hours, which was convenient for international business people who had business both in the U.S and the U.K.

In the same year that the screenshot was taken, it was also at that point where the aircraft was reaching retirement. By May 2003, the last Concorde landed, marking the end of a 27-year stint in the air.

A major factor of this was the unfortunate accident of Air France Flight 4590, which crashed on July 25, 2000, killing all 100 passengers and nine crew members on board as well as four people on the ground. However, all hope may not be lost going into the future. Companies such as BOOM Supersonic are creating the next-generation supersonic aircraft.

The XB-1 rolled out in October 2020 to the world, where it will begin testing over the next few years. This test-bed will lead the way to its Overture program, which will offer speeds of Mach 2.2, which is 0.2 of a Mach faster than Concorde.

Looking into the future at RadarBox, there may come a time once again where you will be able to look for supersonic aircraft once again.