Flight Of The Week: Qantas Completes Its Longest Ever Commercial Flight 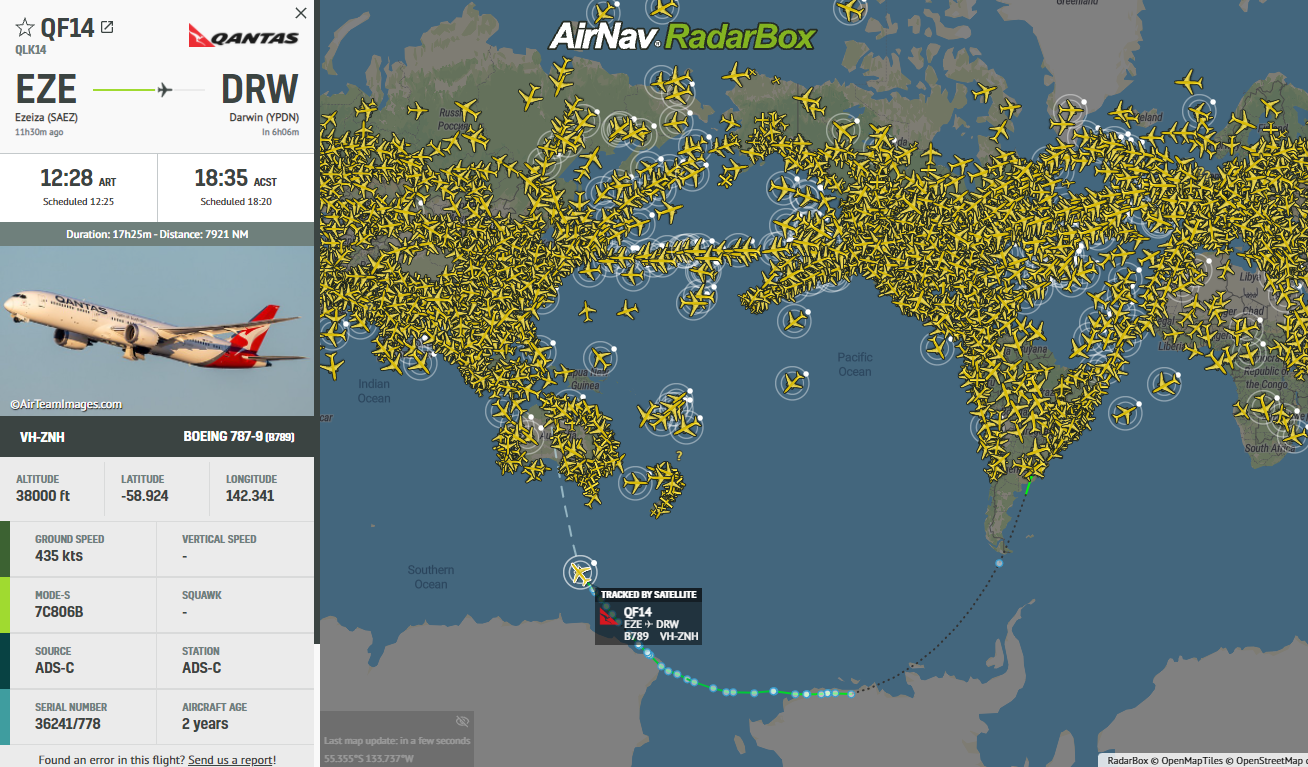 The Image Above: Qantas flight QF14 being tracked by satellite via RadarBox.com

History in aviation was made on Tuesday (October 5th) afternoon when Qantas Airways flight QF14 took off from Ezeiza International Airport, Buenos Aires, Argentina, to Darwin, the capital of Australia's northern territory. This flight, which was one of the longest flights ever flown, was operated at the behest of the Australian government and had 107 passengers (128 including crew) on board.

QF14 was also the most tracked flight on RadarBox this week. It was tracked by our ground-based and satellite-based ADS-B receivers while crossing Antarctica and a large portion of the southern hemisphere on its journey to Australia.

Click here to learn more about our Satellite-Based ADS-B solutions. 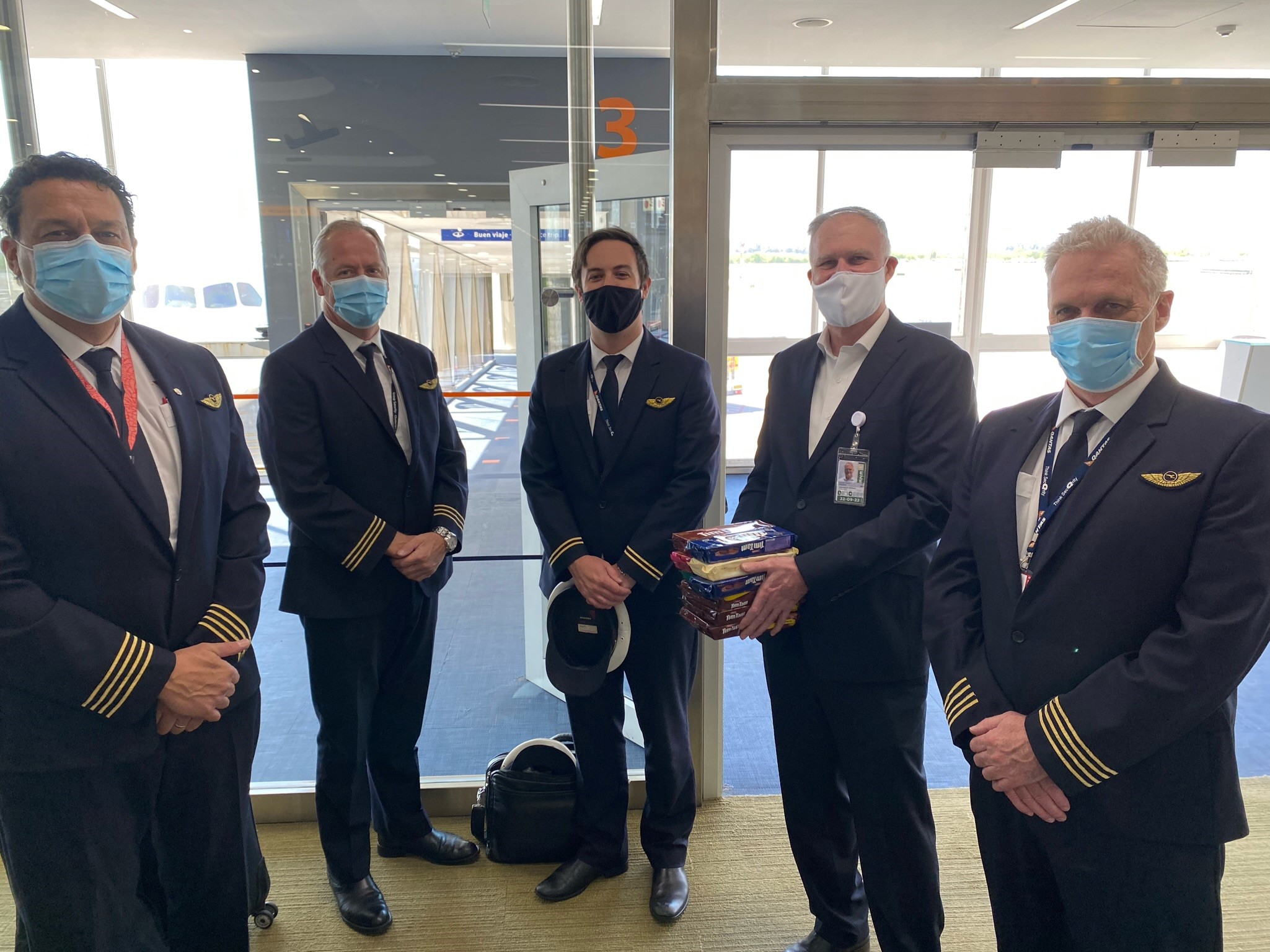 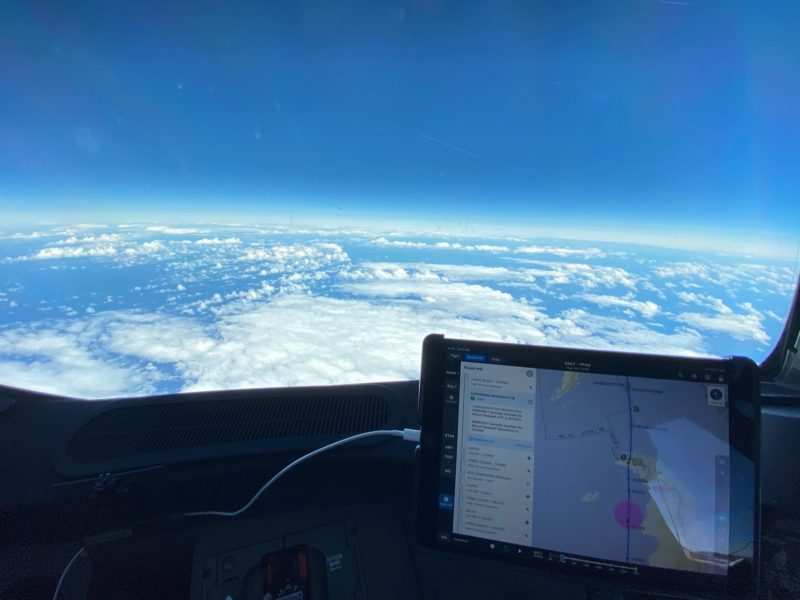 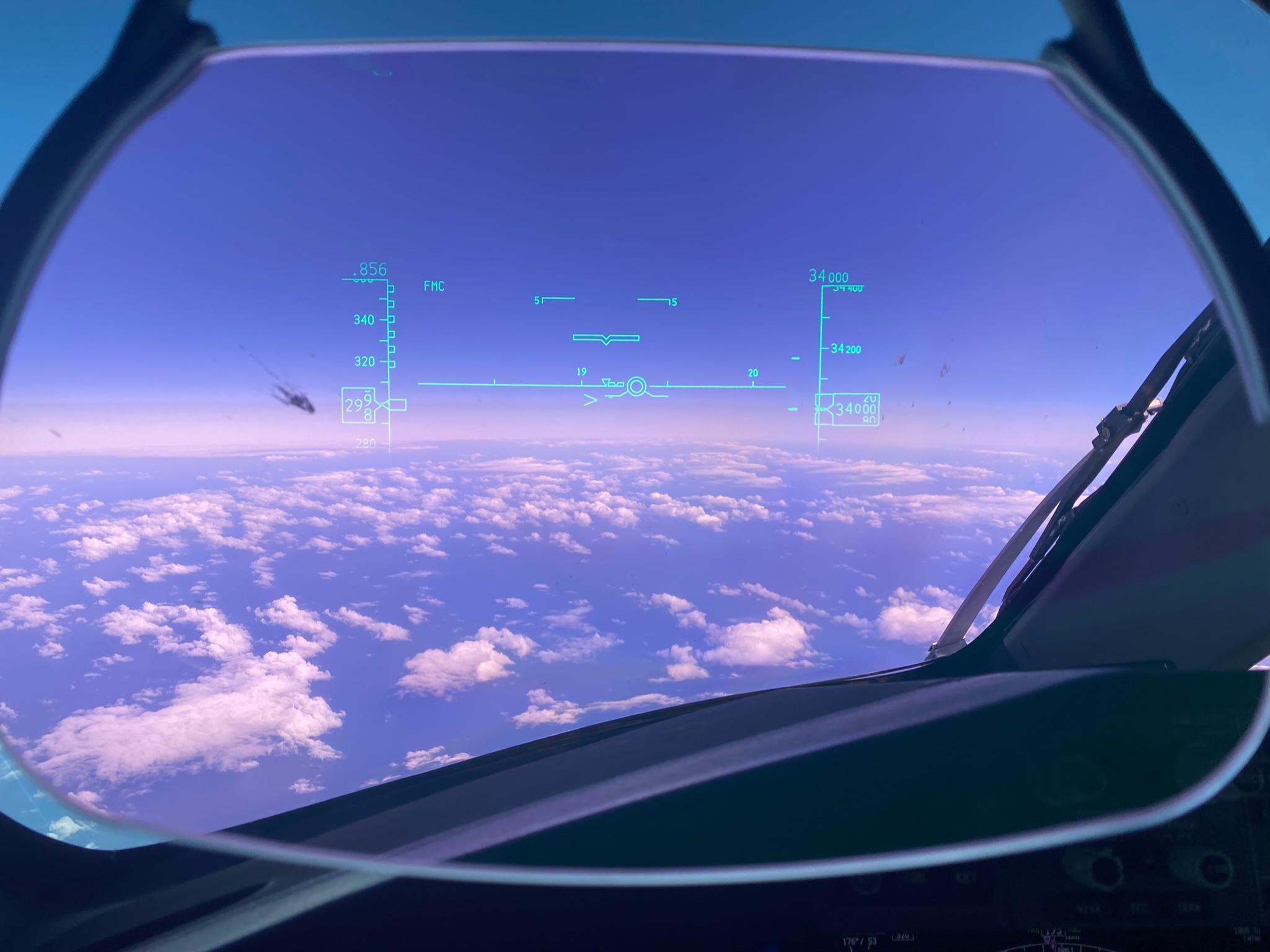 Qantas' longest ever passenger flight was operated with a Boeing 787-9 (VH-ZNH), which was on a mission to repatriate Australian citizens who were stuck in Argentina and South America due to restrictions imposed by the COVID-19 pandemic.

The route that QF14 flew, is considered the longest commercial passenger route in the world and is about 522 km longer than the previous record also set by Qantas, that flew between Perth (PER) and London Heathrow (LHR).

The Image Above: Flight plan for QF14, from Buenos Aires (EZE) to Darwin (DWR)

A total of 8072 nautical miles (14,949 km) were covered, circumventing the South Pole with temperatures of -75°C (-84°F), traversing along the Australian east coast, and landing at 06:30 PM (local time) at Darwin Airport on a 17-hour and 21-minute flight from South America to Oceania.