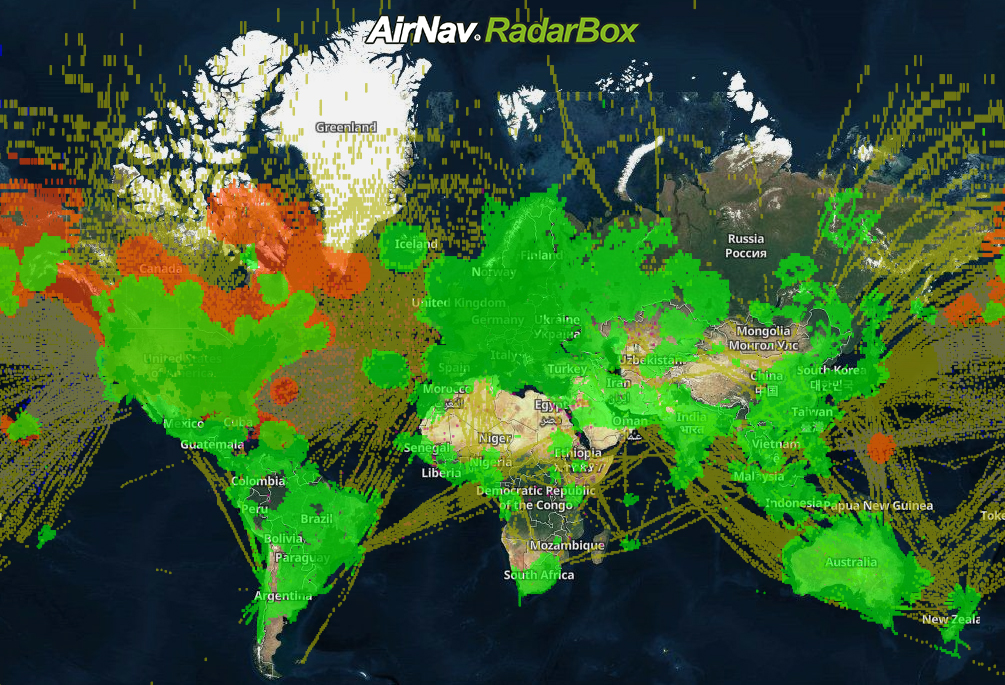 The image above: RadarBox Coverage Map

AirNav RadarBox ensures the reliability and accuracy of its services by aggregating data from 14 sources. These sources include Satellite-Based ADS-B data and terrestrial sources such as MLAT, FAA SWIM, Eurocontrol, Datalink.

Our data sources include: 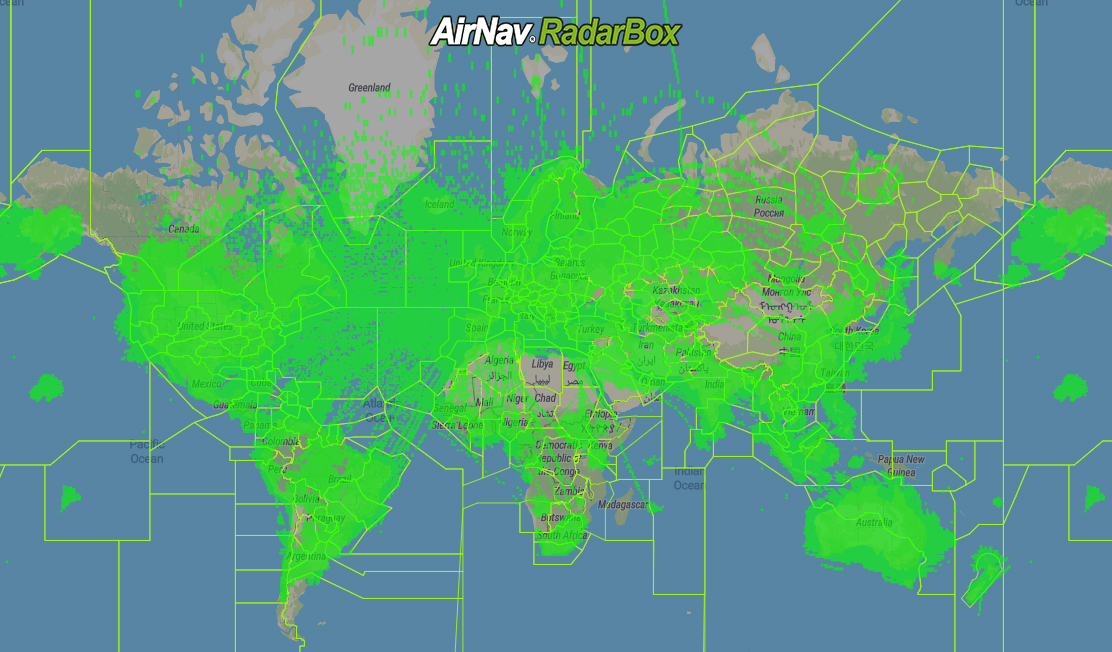 As the name suggests, ground-based ADS-B data is aggregated via our network of 24,000 ADS-B receivers in 173 countries around the world. The data gathered by these ground ADS-B receivers includes aircraft speed, position, registration information, and other data. These ADS-B receivers generally operate at 1090 MHz / 978 MHz (978 UAT).  This data is then processed by AirNav RadarBox servers and is then published for viewing on the RadarBox website. 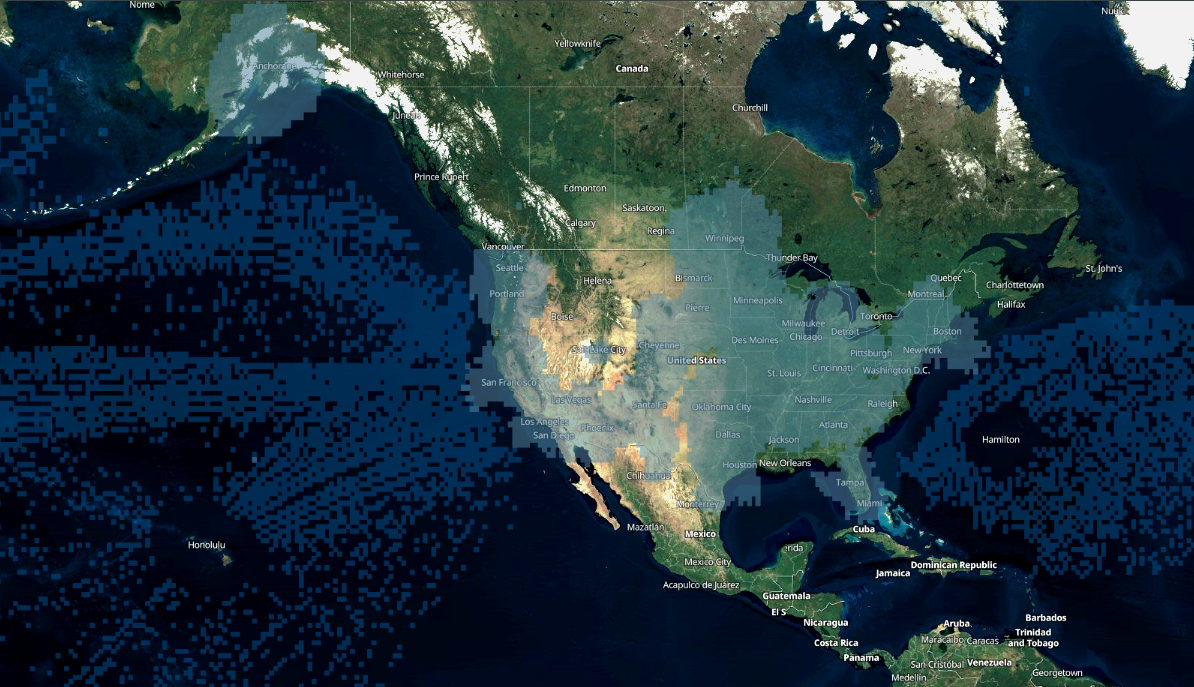 The Image Above: UAT Coverage Map

The UAT 978, or UAT (978 MHz), or ADS-B UAT operates in the 978 MHz frequency band and is generally available to aircraft below 18,000 feet and used within the US and North American space.

Satellite-Based ADS-B data is collected from the aircraft transponder by satellites orbiting low-Earth orbit equipped with ADS-B receivers. This data is then sent to AirNav Radarbox's servers for processing. One of the strengths of satellite-based ADS-B is the capacity to provide global coverage of your fleet 24/7 and with a low latency supplying accurate and reliable data. 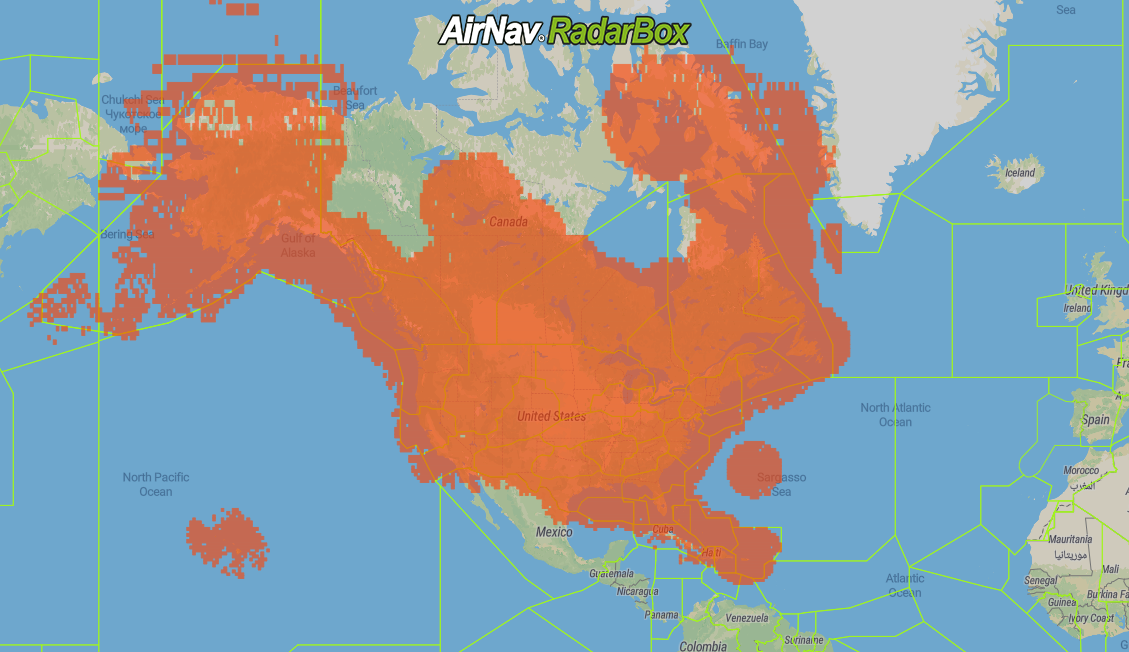 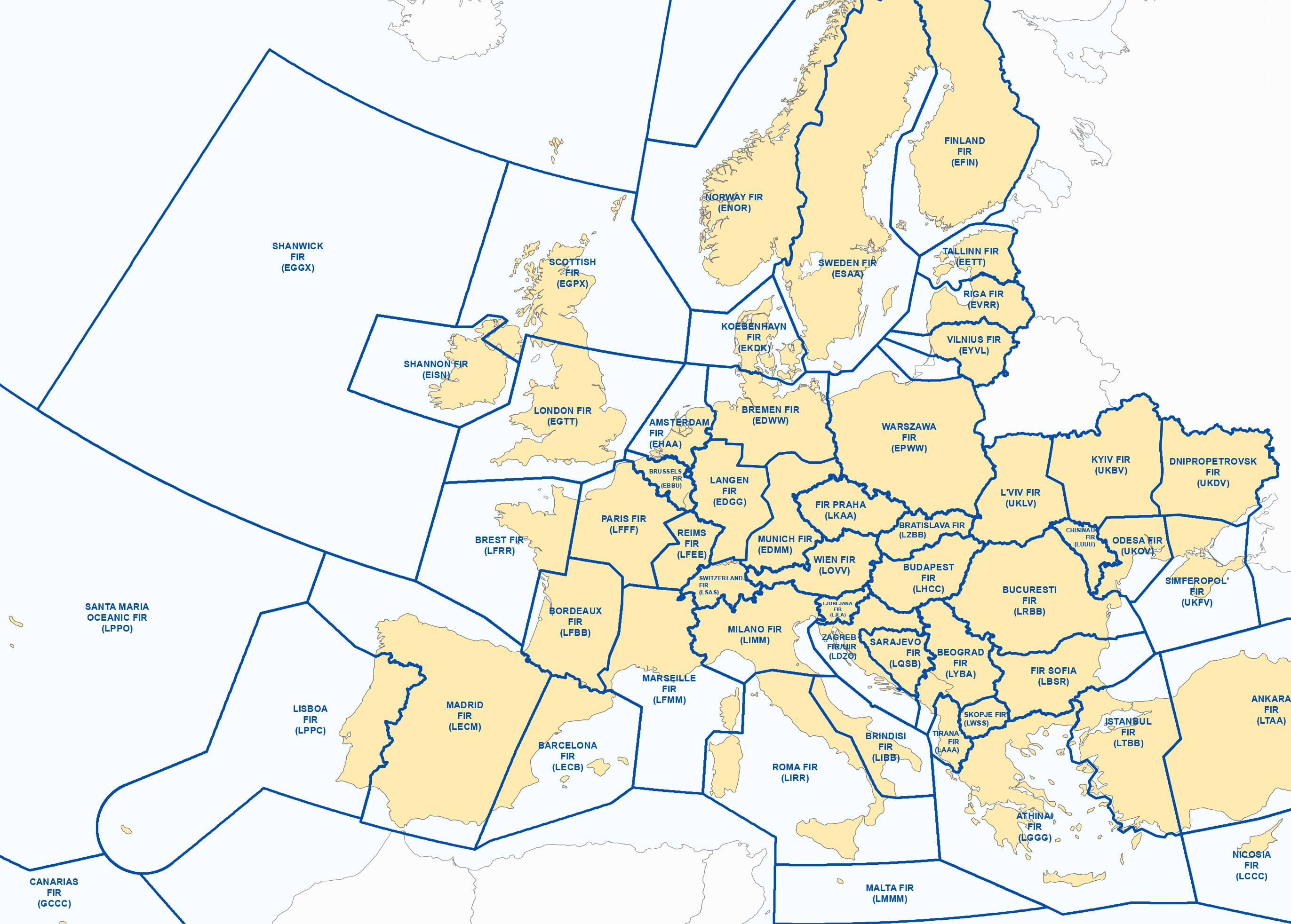 EUROCONTROL, or European Organization for the Safety of Air Navigation, provides data such as flight position, registration, and other data, in addition, allows for access to flight plans and other operational information of aircraft and airports operating in the EUROCONTROL region. 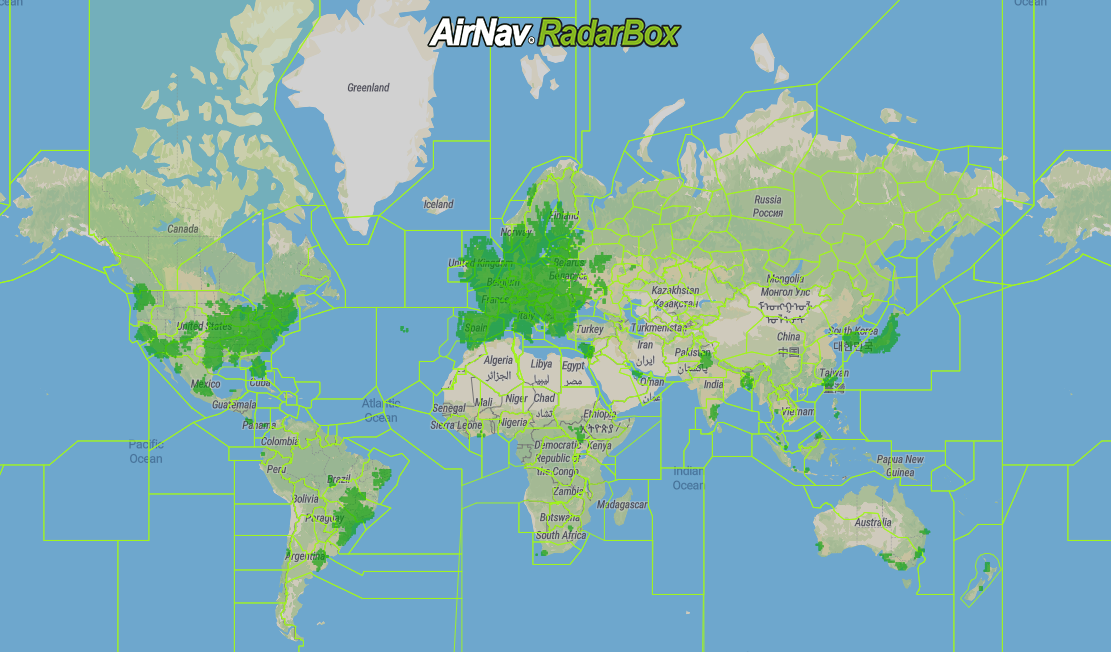 The image above: MLAT Coverage Map

Multilateration or MLAT is a surveillance technique based on the measurement of the difference in distance to four stations at known locations by broadcast signals at known times. This data source allows for tracking of aircraft that are not equipped with ADS-B transponders. 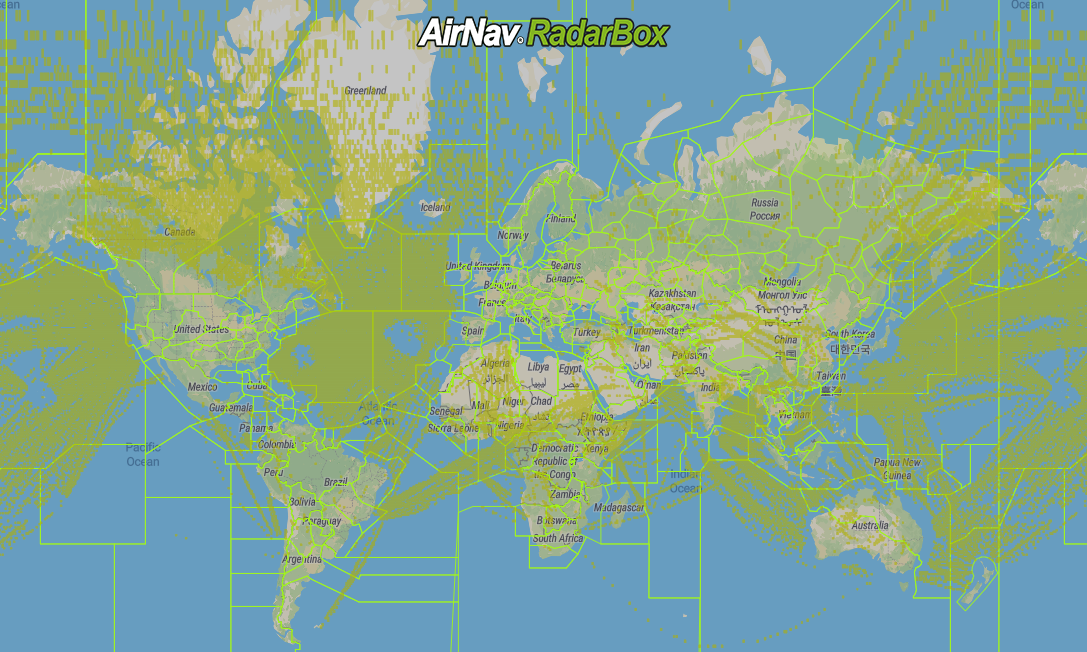 The image above: ADS-C Coverage Map

The ADS-C data comes directly from an aircraft transmitting its position at fixed intervals, typically between 5 and 30 minutes. Data is exchanged between the ground system and the aircraft via a data link, specifying under what conditions ADS-C reports would be initiated and what data would be contained in the reports. 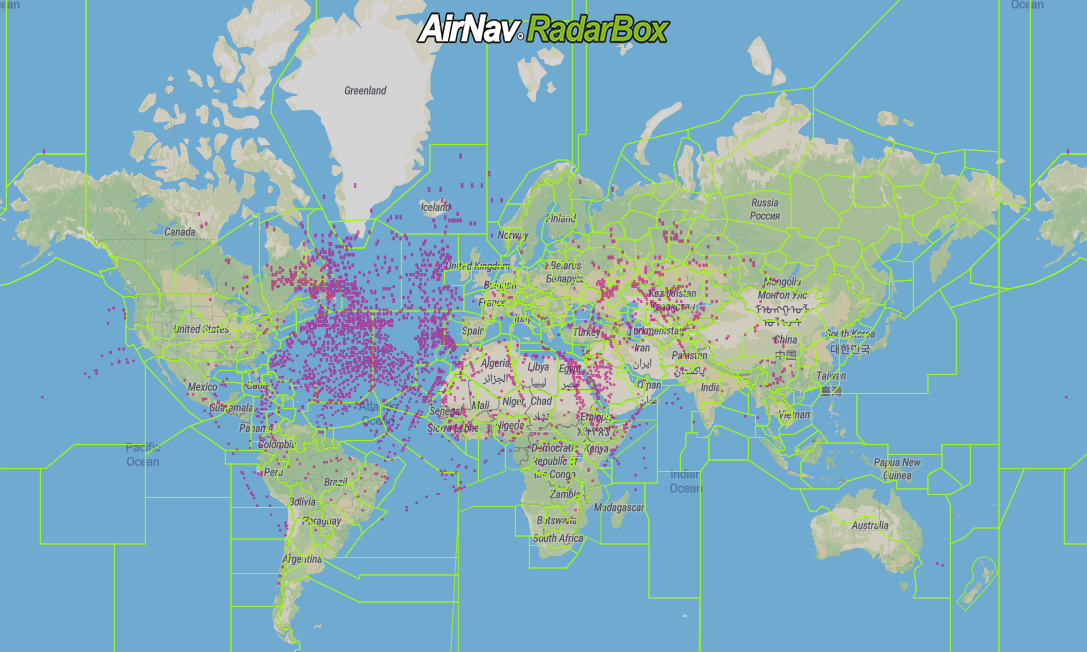 HFDL position reports are received from a High-Frequency Data Link system. Air traffic controllers can communicate with pilots via a datalink. Aircraft and ground stations make use of high-frequency radio signals to communicate. 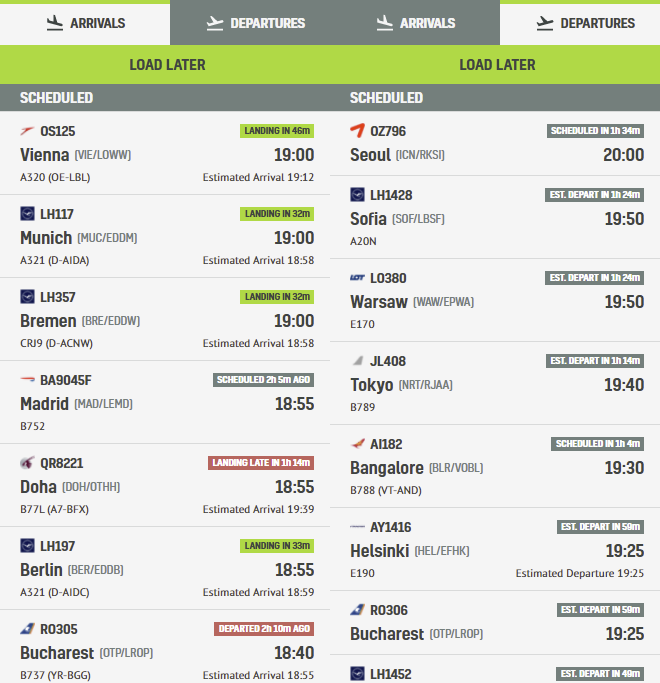 The image above: Flight departure and arrival information on RadarBox.com

FLIFO or flight information is provided by several external sources, such as airports and airlines. This commercial data includes the departure time, arrival time, origin airport, destination airport, among other data. 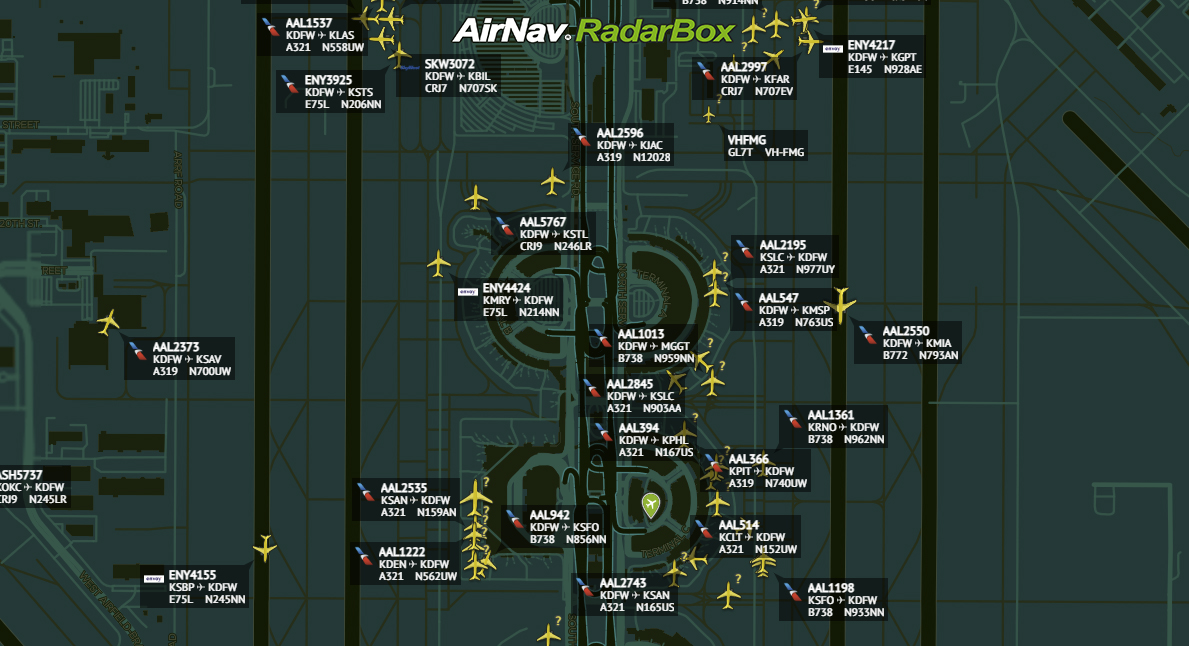 The image above: ASDE-X displayed on the RadarBox map view

ASDE-X data is received from a surface movement radar located in the airport’s ATC Tower, which contains multilateration (MLAT) sensors, ADS-B sensors, terminal radars, the terminal automation system, and aircraft transponders information. It is provided by the FAA (US Federal Aviation Administration). 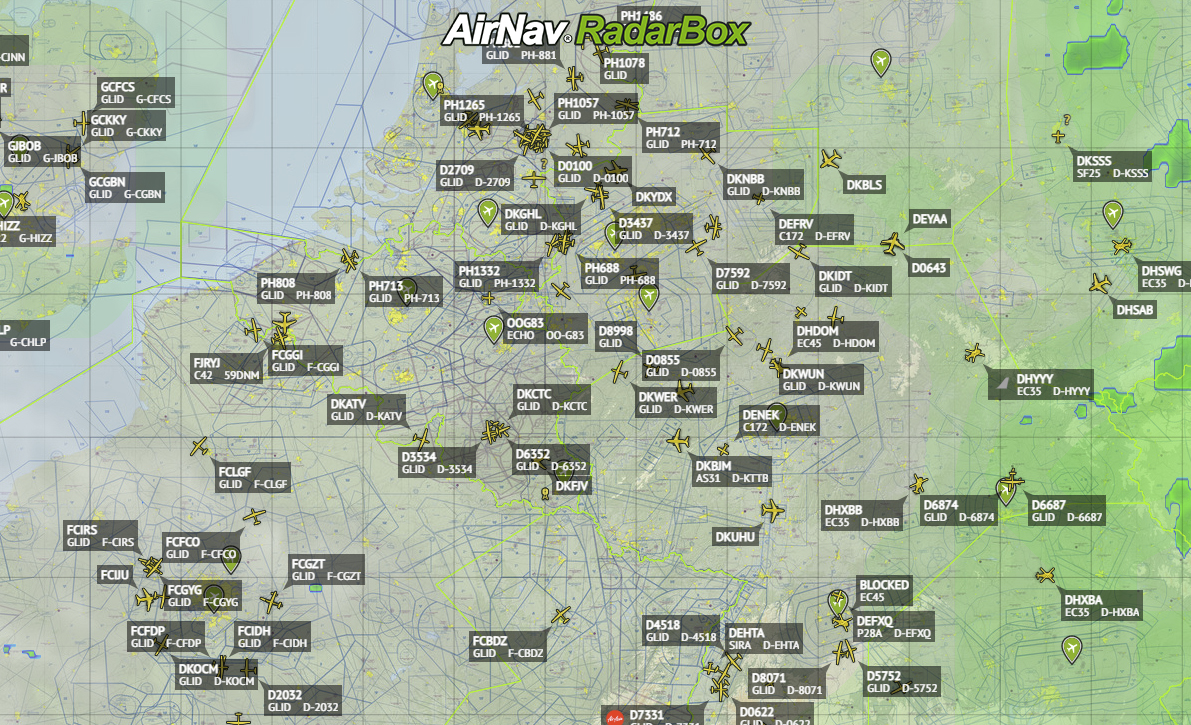 The image above: FLARM being displayed on the RadarBox map view

FLARM, an acronym based on 'flight alarm,' is a traffic awareness and collision avoidance technology for General Aviation, light aircraft, and UAVs. Real-time FLARM position data is currently only provided upon request. 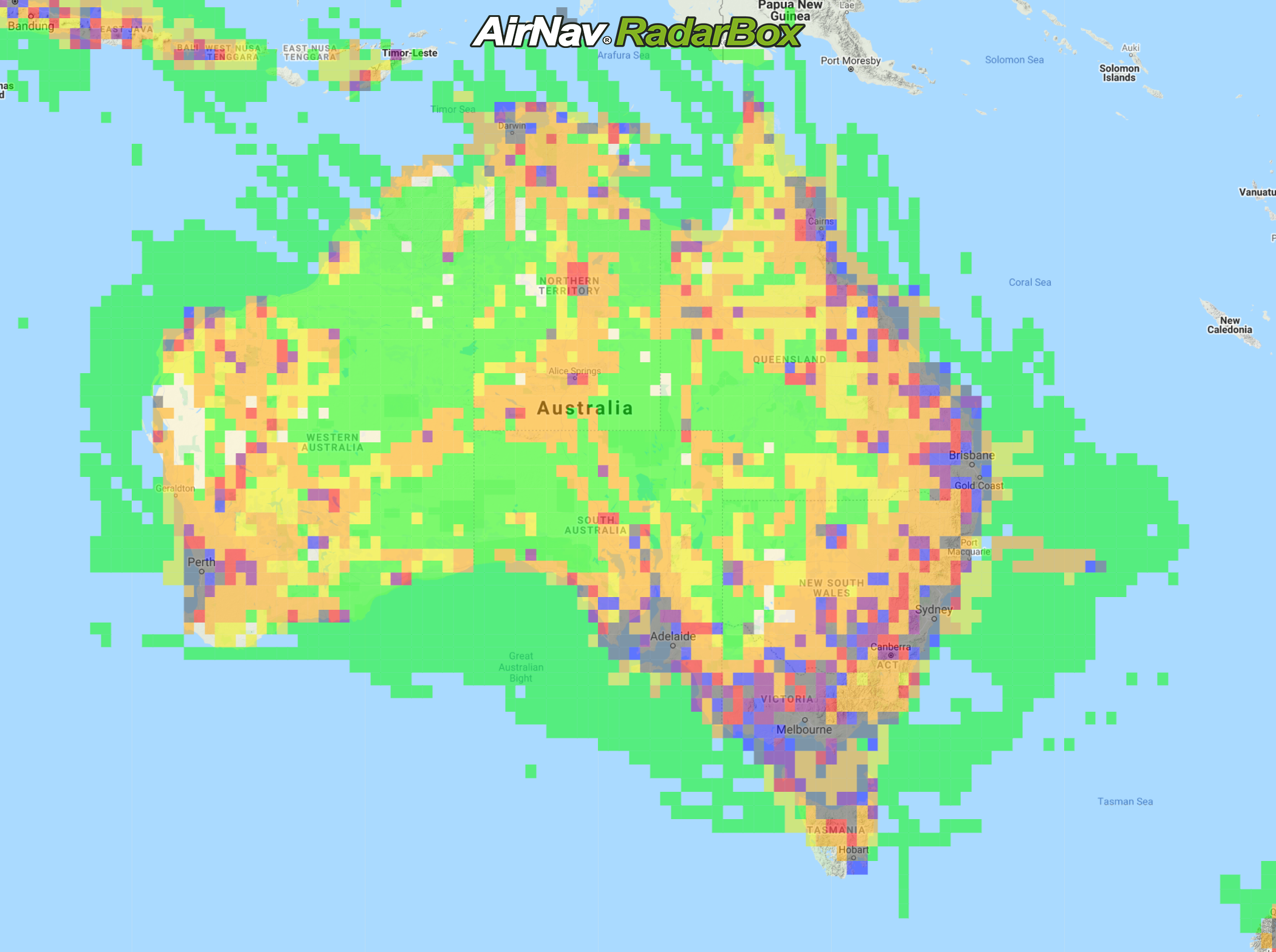 Australia's ANSP data brings information such as positions, flight plans, and other operational information to aircraft operators and airports in Australia. 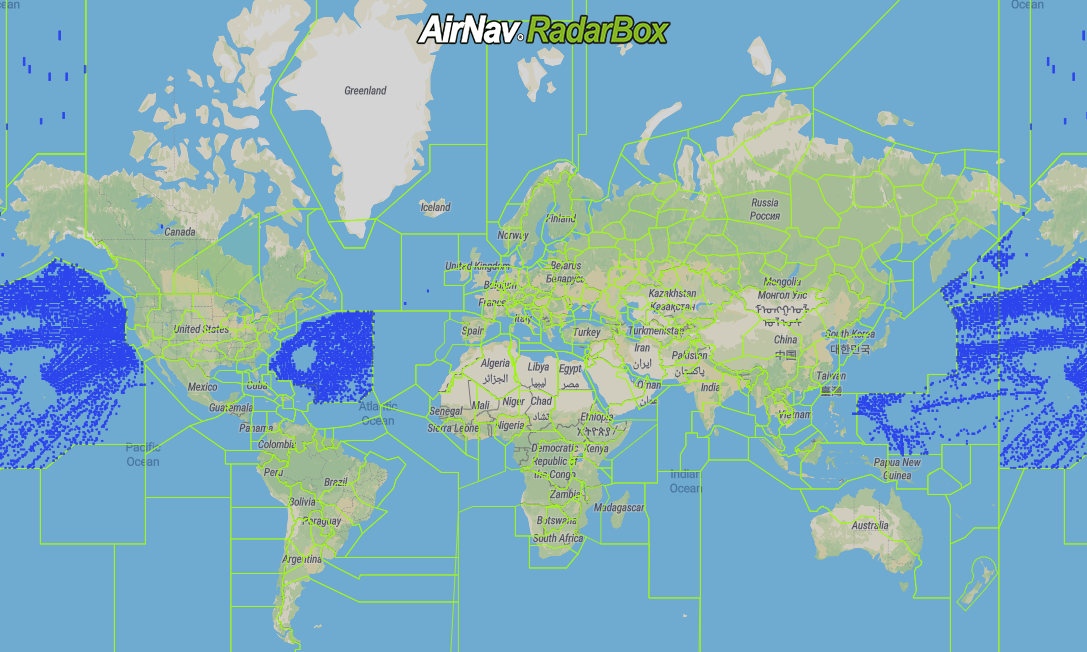 The image above: Oceanic Coverage Map

Oceanic data relates to oceanic position data from the FAA (Federal Aviation Administration) that is reported for all major transoceanic routes (Atlantic and Pacific oceans). 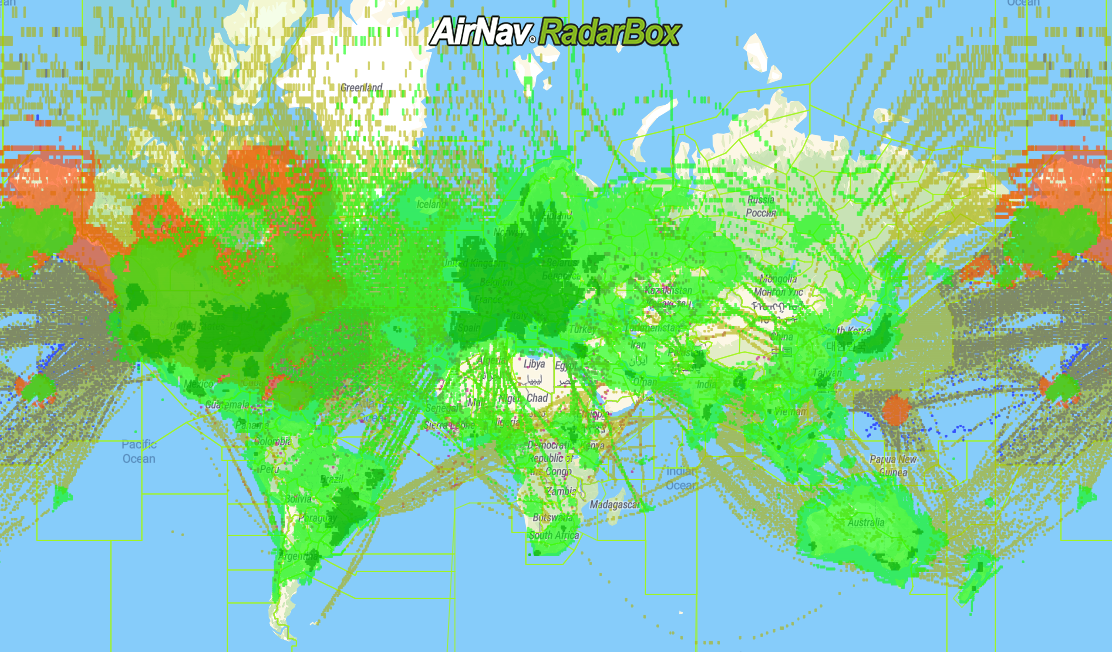 The image above: RadarBox Coverage Map

Our customers can choose to receive a merged feed, which contains data from all our available sources, organized and prioritized for relevance and accuracy.

Why do customers love our Flight Data Solutions?

Customizability means that all solutions are tailored to the client's specific requirements. Our seamless integration into existing client applications and platforms through the offering of ADS-B, FAA SWIM, Oceanic, MLAT, Satellite ADS-C, HFDL, ADS-C, Satellite ADS-B to ensure complete and accurate data means we can offer a lot at relative ease.

“What differentiates AirNav Radarbox from its competition is what we call AirNav's 3 F's. Flexibility in dealing with each of our customers' requirements. Building Feature-rich and Future-ready products, while focusing on customer satisfaction.” - Andre Brandao, CEO of AirNav Systems.

Through our offering of multiple data formats such as JSON, XML, CSV, KML, ESRI, and others, we also offer more volume of data for less, which is what makes us stand out from the rest.

Finally, we have 24/7 around-the-clock customer support to help you with any issues you have as well as picking the right package for you.

So don't delay, why don't you look more into what we can offer you here at AirNav RadarBox? To get in touch with us, click here to find out today!