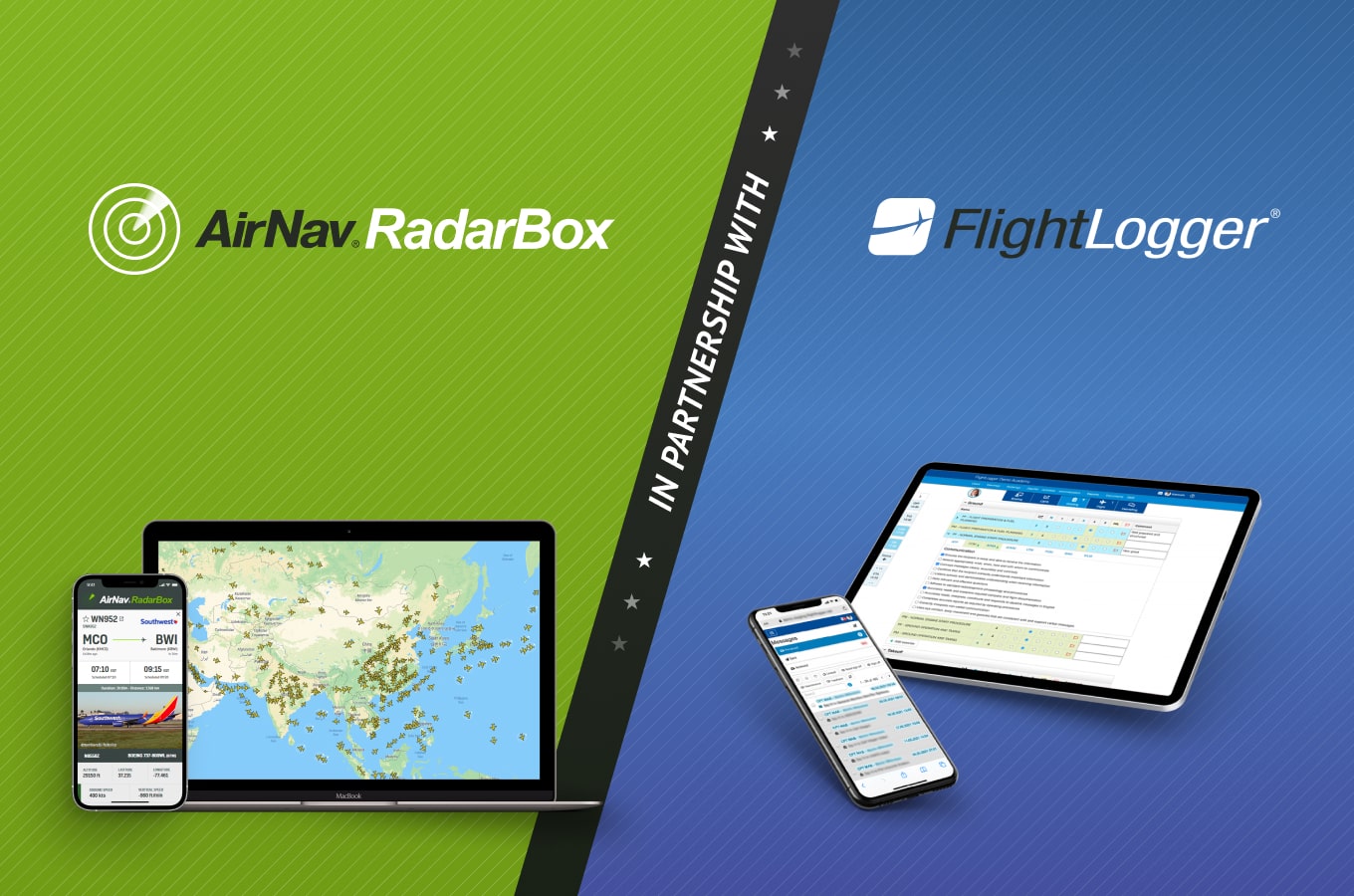 AirNav Systems, the parent company of AirNav RadarBox, owns and operates one of the largest terrestrial ADS-B networks in the world, with over 26,000 active ADS-B receivers in 175 countries. The scale of this extensive tracking network results in the monthly aggregation of over 6 terabytes of flight data and 7 billion+ ADS-B messages received from thousands of aircraft. The new Flight Tracks feature by FlightLogger leverages this data powerfully.

“By tapping into the flight data from AirNav RadarBox and making it available inside the FlightLogger platform, our partners can dispose expensive aircraft tracking systems that otherwise needed to be installed in their aircraft to produce this kind of tracking, and simply make use of what’s already equipped on most aircraft”, observed FlightLogger CEO, Kenneth Jeppesen.

With a single click or tap, visual flight track data from AirNav RadarBox can be linked to a flight session by the FlightLogger user. This not only provides a single point of reference for each flight session but also allows users to visually analyze the route flown and view other flight data parameters. Additionally, users can store their flight tracks & sessions to view at a later time.

"We are excited to see our data being leveraged by FlightLogger's users and partners. This will not only improve flight safety for flight schools but will also allow for better student pilot evaluations and more effective route planning," noted Andre Brandao, CEO of AirNav Systems.

AirNav Systems is a Tampa-based global flight tracking and data services company founded in 2001. The company operates a flight tracking website and mobile app called Radarbox, which offers worldwide tracking of commercial and general aviation flights. The company's real-time tracking and data services are used by thousands of aviation-related businesses, government agencies, airlines, media channels, and airports in over 60 countries.

Headquartered in Aarhus, Denmark, FlightLogger was founded in 2011 and is a leading flight training management platform that helps flight training organizations manage their day-to-day operations. The company serves over 52,000 users and partners in 42 countries.