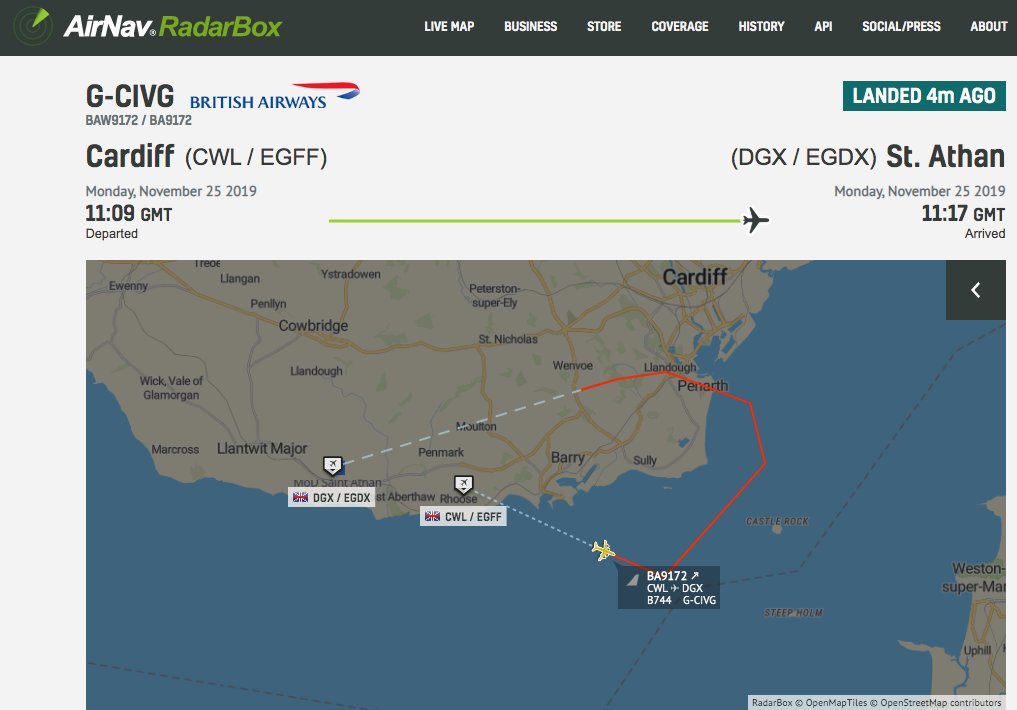 British Airways Boeing 747-400 G-CIVG made its last and shortest flight from Cardiff to St Athan, most likely for scrapping.

A British Airways Boeing 747-400 registration G-CIVG, has completed its final flight, yesterday morning at Cardiff airport. The aircraft flew from Cardiff to St Athan where she was decommissioned.

The trip was a distance of 7 km and carried a total flight time of just 10 minutes, the shortest flight in 747 history.

The aircraft was delivered to British Airways in 1995, making it one of the oldest in the fleet.

You can find last flights of British Airways G-CIVG.