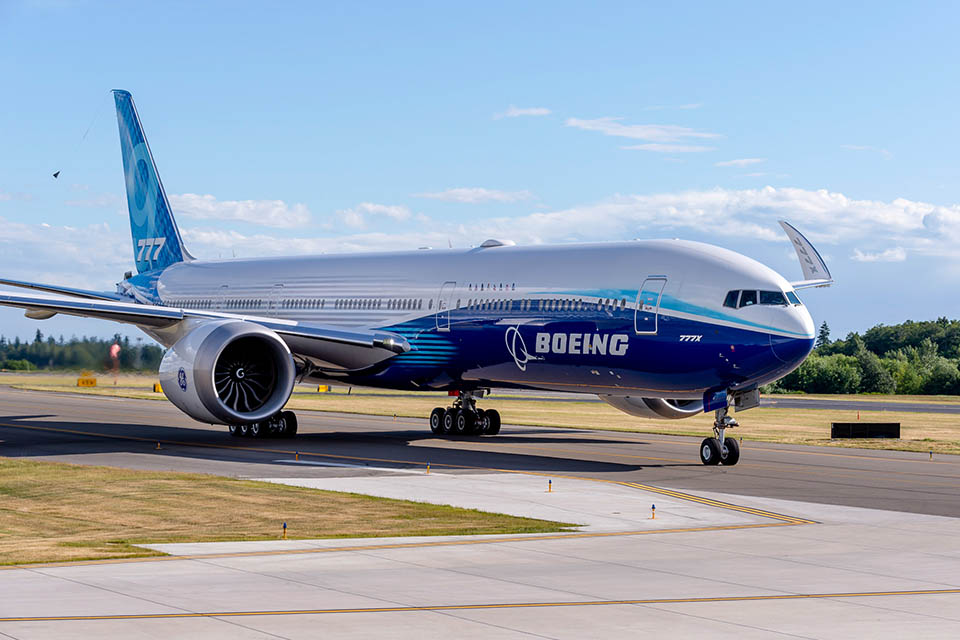 Boeing has successfully completed the first test flight of the world's largest twin-engined plane, the 777X.

The first flight, which took off from Everett, Washington and landed about four hours later at Seattle’s Boeing Field is part of testing that will occur throughout the year as the company works toward winning regulatory approval. Two attempts were called off this week due to high winds.

Boeing had aimed to first fly the 777X, a plane it launched at the 2013 Dubai Air Show, last year but the company faced delays because of snags with the General Electric GE9X engines, the largest aircraft engine in the world. The diameter of the engine fan is 11 feet

The first of four dedicated 777-9 flight test airplanes, WH001 will now undergo checks before resuming testing in the coming days. The test fleet, which began ground testing in Everett last year, will endure a comprehensive series of tests and conditions on the ground and in the air over the coming months to demonstrate the safety and reliability of the design.