Boeing 737 MAX 8 stuck in Iran since December 14, a real headache for Norwegian 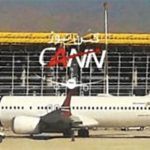 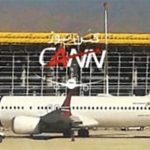 On December 14, a Norwegian 737 MAX 8 flying from Dubai to Oslo suffered an engine problem and was forced to perform an emergency descent from 32,000 feet to land in Iran. The aircraft (reg. LN-BKE) had to circle to burn fuel and shut down one of the engines prior lading at Shiraz International Airport, […]

The post Boeing 737 MAX 8 stuck in Iran since December 14, a real headache for Norwegian appeared first on Aviation news and services.