As the September 30 cut-off date looms for a government aid package, the US aviation industry is preparing itself to face a prickly reality. Indeed, industry analyst Robert Mann described the forthcoming situation as a “Thelma and Louise” moment, asserting that the aviation industry is about to fall off the edge of an analogous cliff.

Passenger numbers in the United States have slumped by as much as 70%, with the revenue of some airlines falling by as much as 85% due to the loss of business and frequent flyer travellers. Clearly, the airline industry would basically have folded completely, were it not for the two sources of funding that companies received from the US government’s coronavirus stimulus package, the Cares Act.

$25 billion was provided to cover payroll, while a further $25 billion was proffered in order to cover general costs. Some of these figures consisted of grants, but part of the overall $50 billion fee were loans that will need to be paid back. Consequently, airlines will have to hand the US government some equity stake in return for the loans.

Not every airline has accepted the terms and conditions, with Delta, United and Southwest still considering whether they will tap into the loan scheme. However, the likes of American, Hawaiian Airlines and Spirit Airlines have all gratefully accepted cash already, as some of the biggest players and most recognizable names in the airline industry attempt to make ends meet.

Both American and Southwest have seen revenue fall by more than 80%, with the former losing more than $1.4 billion in revenue virtually overnight. While sales at Southwest slumped by over $1 billion a slump of 83% from the same period last year.

Meanwhile, Delta intends to furlough nearly 2,000 pilots, while American intends to shave its staff by 19,000 workers. And United has already announced plans to furlough 36,000 workers or nearly 40% of its staff, if enough of its employees are unwilling to accept buyout packages.

“Travel since March has been subsidized and the activity that is out there is 70% down and at fares 30% lower than they used to be. There are no business travellers out there because companies have told them they’re under a travel ban, and if you do then don’t come back in the office,” the aforementioned Mann commented.

International travel has been absolutely savaged by the Covid crisis, with some operators reporting a 98% reduction in passenger numbers. The sobering figures mean that airlines across the United States face a tricky predicament regarding its financial position.

Analysts believe that the aviation industry in the United States has two basic options. “Either the industry goes over a cliff in October and it tries to tread water until there is a widely-administered vaccine and business travel comes back, or governments decide to subsidize the industry until a vaccine is a reality,” Mann observed.

Perhaps a third possibility would be a strategy forged by a combination of these two ideas. Whatever is agreed, there is no doubt that it's going to be hugely challenging for airlines, aircraft manufacturers, and the government coffers. And the level of the challenge has been acknowledged by the federal government in recent weeks, with the obligation of airlines to maintain routes set to be withdrawn at the end of the month when support is lifted. 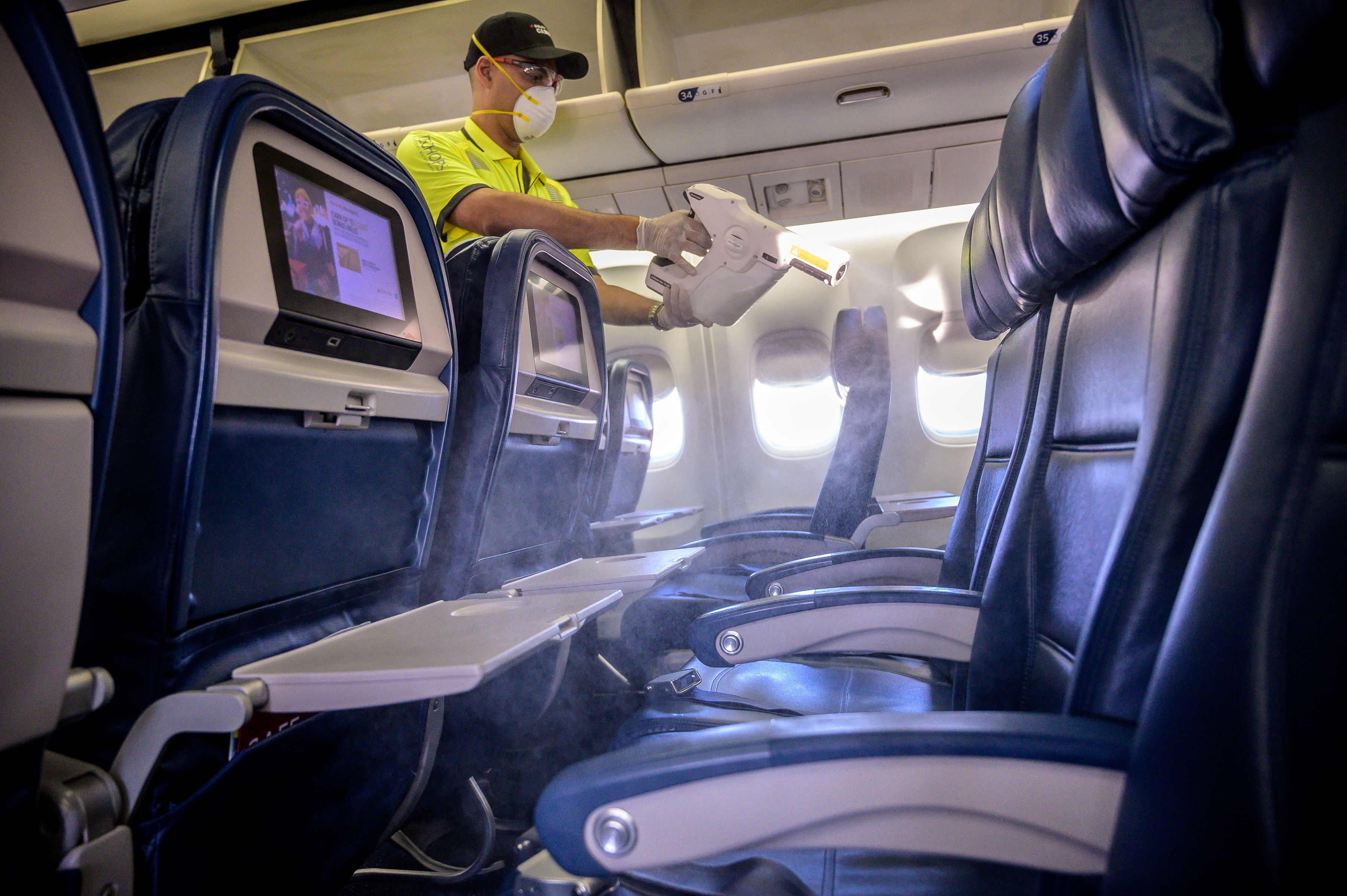 (Above: Airlines such as Delta have gone to great lengths to instill cleanliness. Photo: Mx. Granger via Wikimedia)

It seems completely inconceivable that it will be possible for the aviation industry to function in anything approaching an acceptable fashion without further government support. An imminent collapse would appear to be inevitable, without the buttressing that a Cares Act II would provide. Without billions in further financial support, the breakdown of aviation infrastructure appears almost inevitable.

However, Mann also believes that there won't be an unquestioning money hose pointed at the airlines, and that the aviation industry we witness at the end of this pandemic may be leaner, meaner, and thoroughly modernised.

“If you’re Southwest with $19bn in cash, you can continue to burn $20m a day for three years. But what happens to competitors without that ability? What if we’re still talking about this in a year? We’re going to see some kind of industry restructuring, and given how concentrated the industry already is, it’s going to be problematic how that evolves,” Mann asserted.

Many industry experts believe that the airlines which survive this crisis will be those that treat their customers and the environment with the greatest care and respect. So perhaps some positives could come out of this almost wholly negative scenario.