U.S Aviation Industry Rising Back on It's Feet 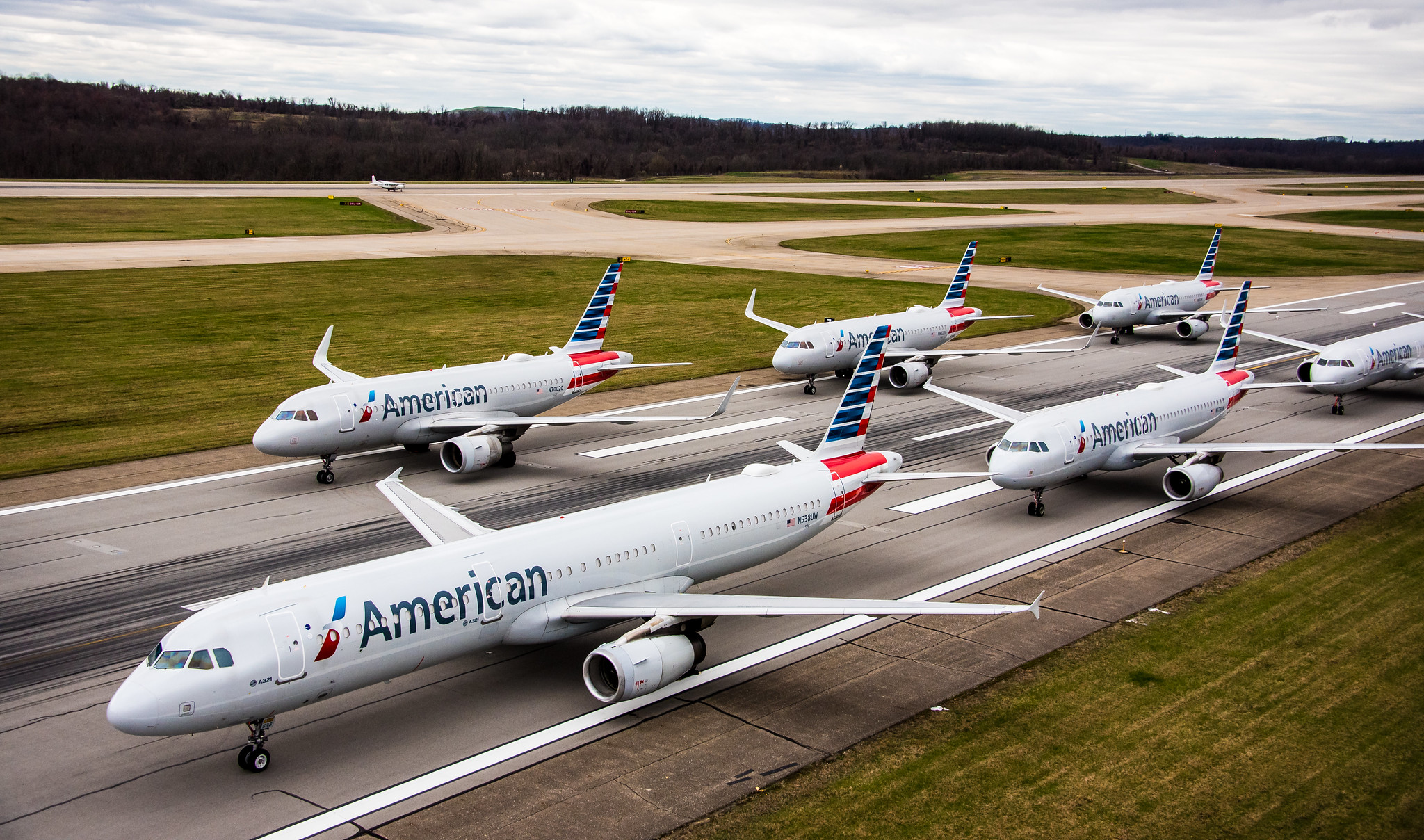 The aviation industry in the United States is climbing at a steady rate, especially as more and more Americans become vaccinated.

And with that, comes the confidence to travel once again. Preliminary data from the TSA has shown that an average of 1.5 million people per day is going through the checkpoints to travel to destinations in the U.S and beyond. 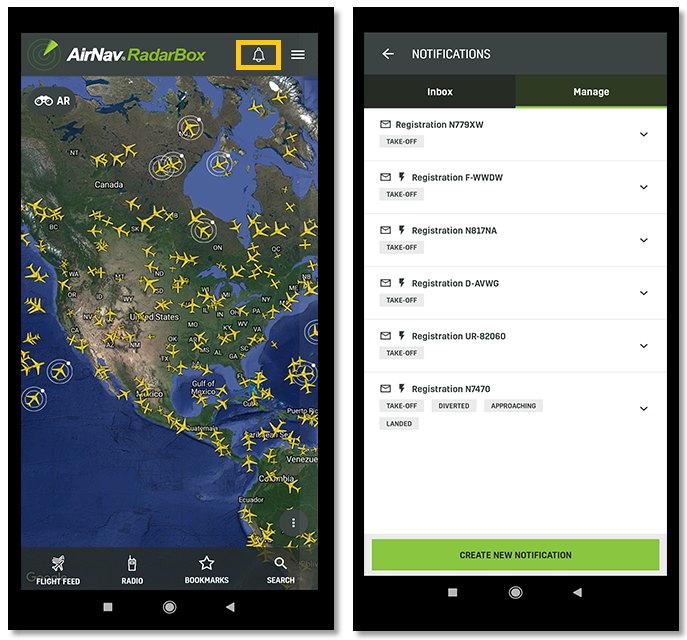 The image above: U.S to Non-U.S Commercial Flight Flows on the Radarbox

Data on the U.S to Non-U.S commercial flow on our website highlights a massive increase in demand for such flights, with numbers increasing by 190% compared to the same period last year when the pandemic was a few weeks into its destruction.

It is also quite promising that it is only 2,500 flights short of achieving 2019 numbers, which may seem a lot, but is actually quite a good step in the right direction.

With vaccination programs underway in the U.K and the rest of Europe, it may be a short amount of time before potential travel corridors may be implemented, in order to get transatlantic travel activated in a way that is easier for the traveler. 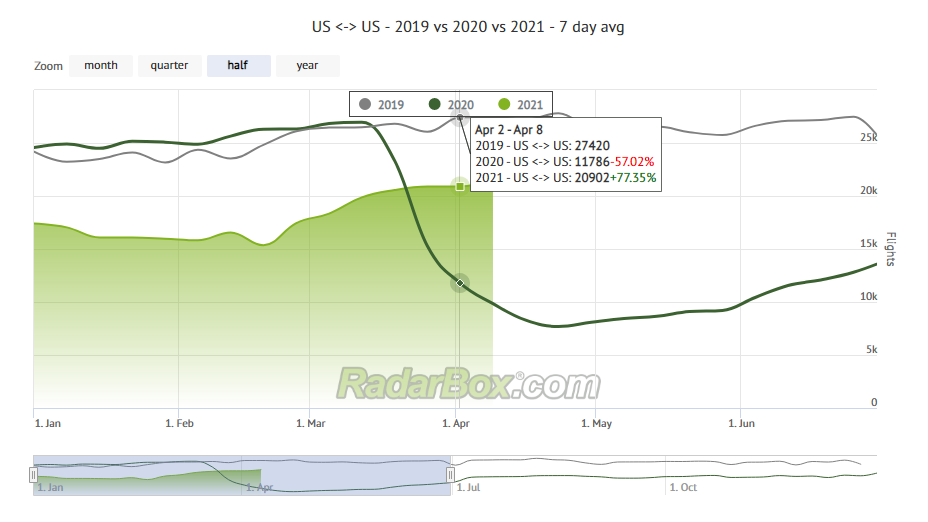 The image above: U.S to U.S Commercial Flight Flows on the Radarbox

The domestic side of things also shows great promise. This however comes as no surprise due to the likes of the International Air Transport Association (IATA) stating that the expectation is domestic travel recovering first.

However, the flights in 2021 domestically are getting close to that of 2019 levels, which indicates that the first early stages of recovery will be on the way.

With the domestic vaccination program around 100 million people in currently, this is going to incentivize people to go traveling again to see their friends and families.

All-in-all, this is very positive news for the U.S and will be something that the likes of Delta Air Lines, American Airlines, United Airlines, and others will be happy to hear, so it can then get the show on the road in the push to recovery.