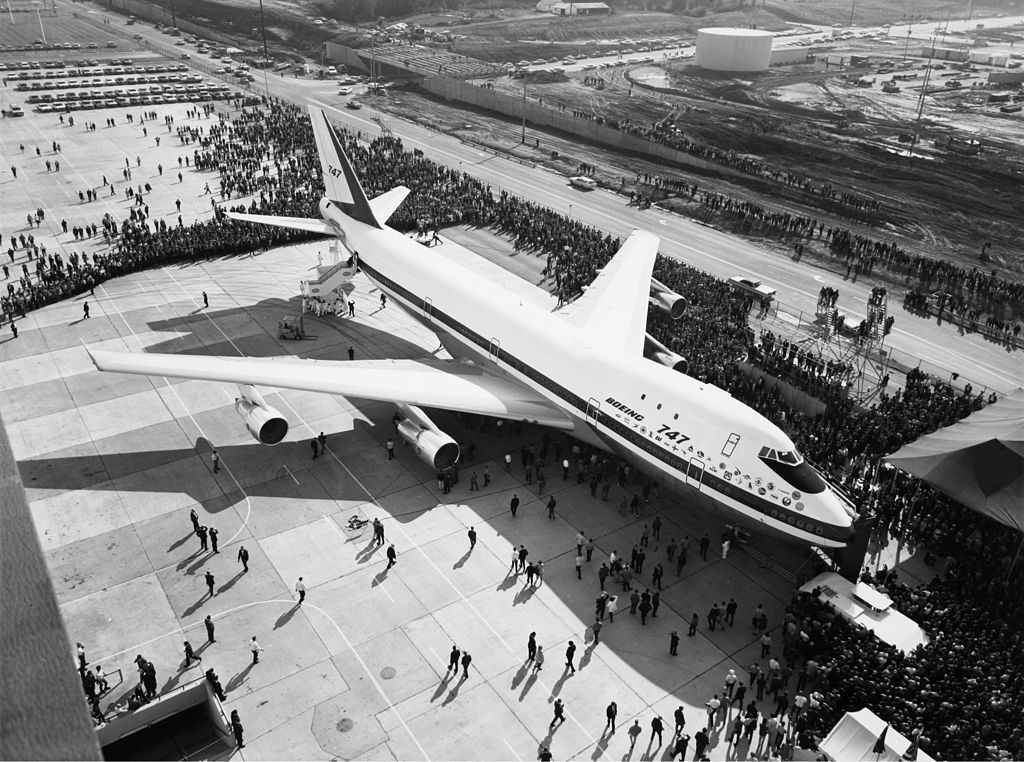 February 9 marked 50 years to the day that the first Boeing 747 went airborne over the United States - the result of the work of 50,000 employees.

It was the largest civilian aircraft in the world and required the world's largest building (by volume) at the time, for its assembly plant in Everett, Washington.

Led by chief executive William Allen and head of the design team Joe Sutter, Boeing was seen as taking a risk on the mechanics and finances involved in getting the 747 off the ground.

With the Boeing 707, the US's first commercial jetliner, already in service and demand for air travel growing, an agreement was reached in 1966 with Pan American Airways to purchase a bigger model if it was to be built.

In April 1966, Pan Am ordered 25 747-100 aircraft for US$525 million. As launch customer, and because of its early involvement before placing a formal order, Pan Am was able to influence the design and development of the 747 to an extent unmatched by a single airline before or since. 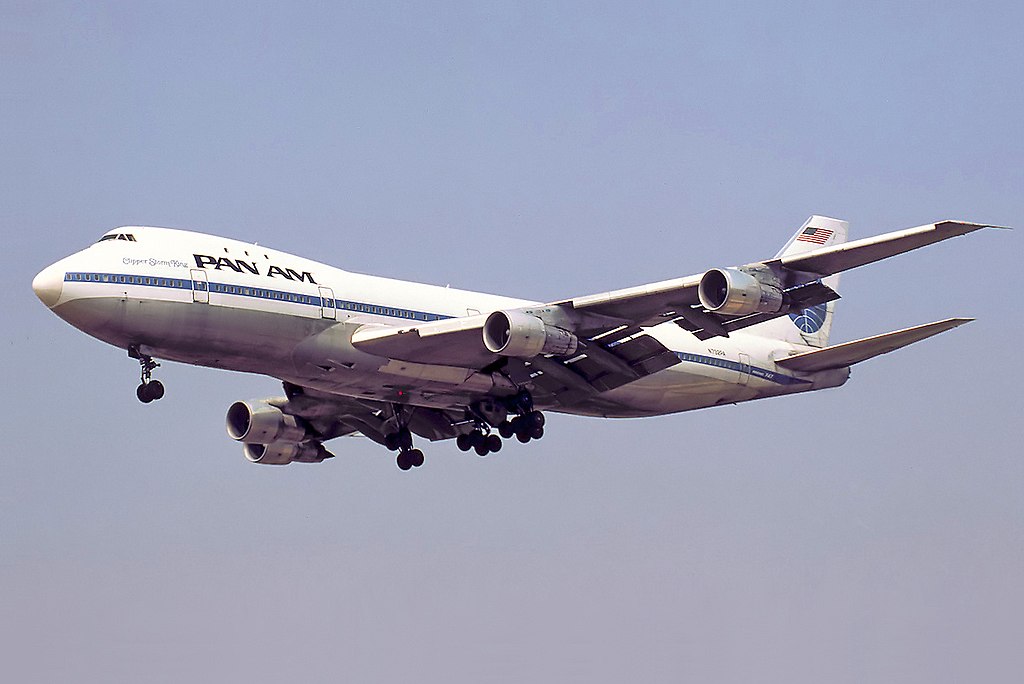 As Boeing did not have a plant large enough to assemble the giant airliner, they chose to build a new plant. The company considered locations in about 50 cities and eventually decided to build the new plant some 30 miles (50 km) north of Seattle on a site adjoining a military base at Paine Field near Everett, Washington. 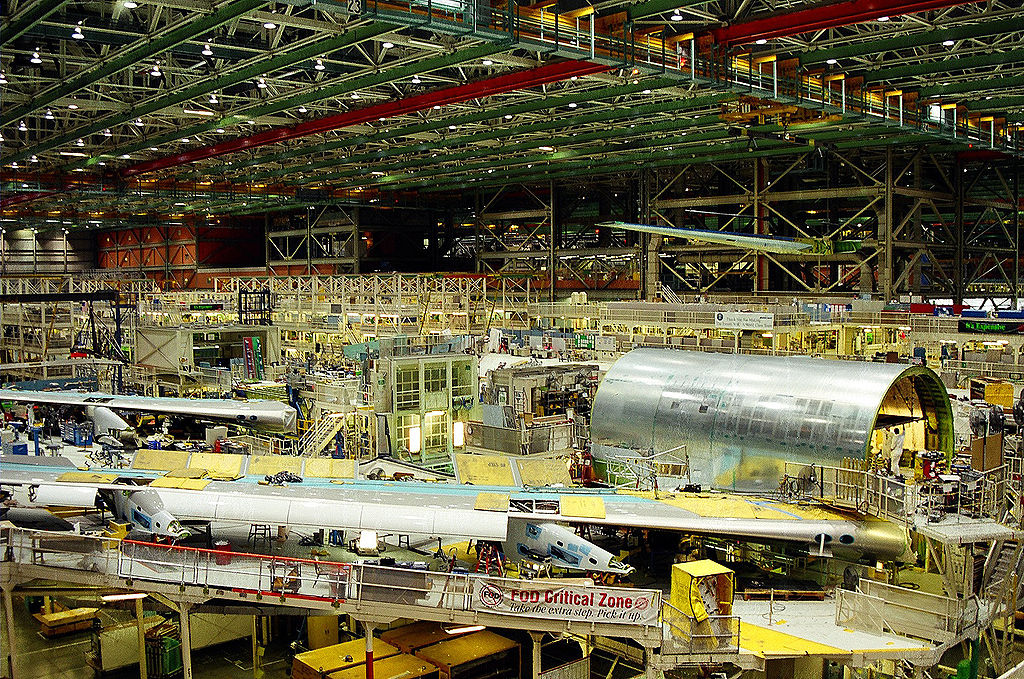 Before the first 747 was fully assembled, testing began on many components and systems. One important test involved the evacuation of 560 volunteers from a cabin mock-up via the aircraft's emergency chutes.

The first full-scale evacuation took two and a half minutes instead of the maximum of 90 seconds mandated by the Federal Aviation Administration, and several volunteers were injured. Subsequent test evacuations achieved the 90-second goal but caused more injuries. Most problematic was evacuation from the aircraft's upper deck; instead of using a conventional slide.

On September 30, 1968, the first 747 was rolled out of the Everett assembly building. The first flight, which took place on February 9, 1969, with test pilots Jack Waddell and Brien Wygle at the controls and Jess Wallick at the flight engineer's station. 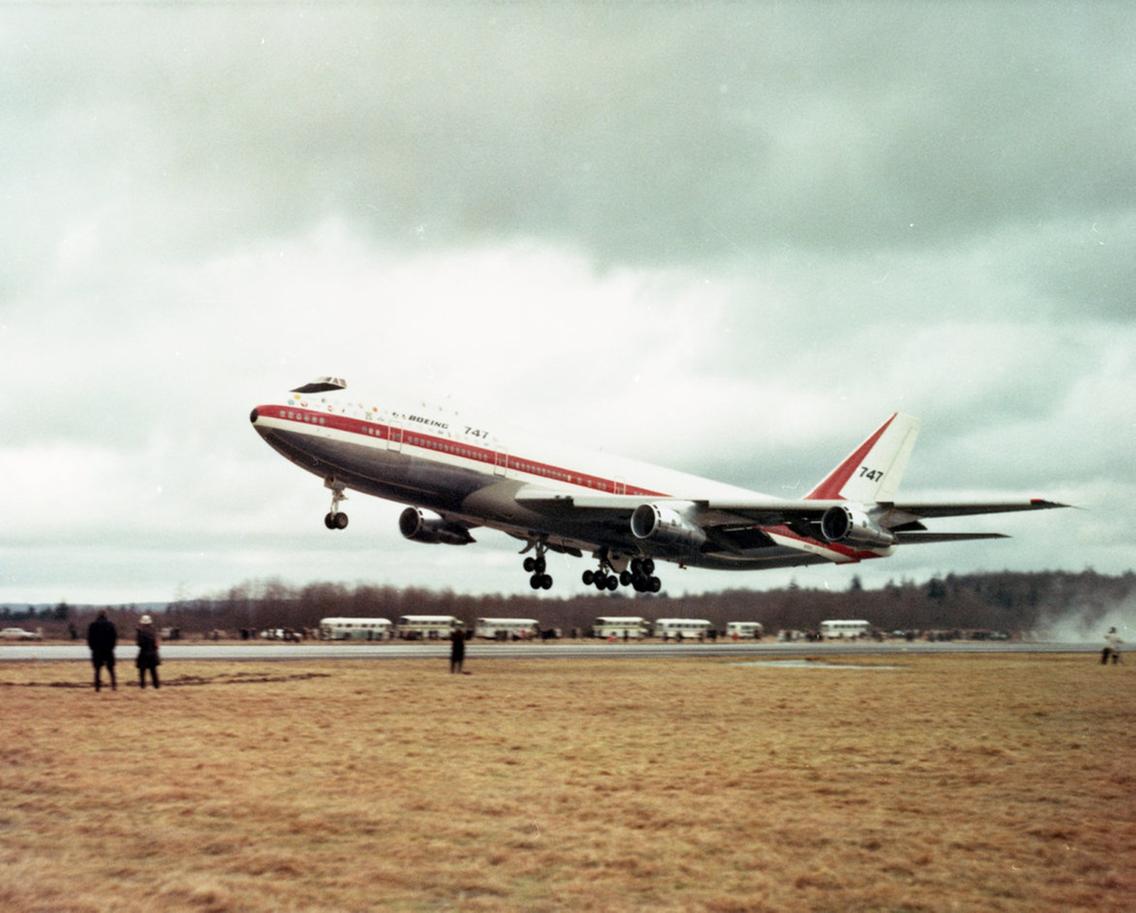 On December 13, 1969 a test aircraft was being taken to have test equipment removed and a cabin installed when pilot Ralph C. Cokely undershot the airport's short runway. The 747's right, outer landing gear was torn off and two engine were damaged.

However, these difficulties did not prevent Boeing from taking a test aircraft to the 28th Paris Air Show in mid-1969, where it was displayed to the public for the first time. The 747 received its FAA airworthiness certificate in December 1969, clearing it for introduction into service.

The 747 went on to become the first wide-body plane to reach 1,500 deliveries when Lufthansa took delivery in June 2014. 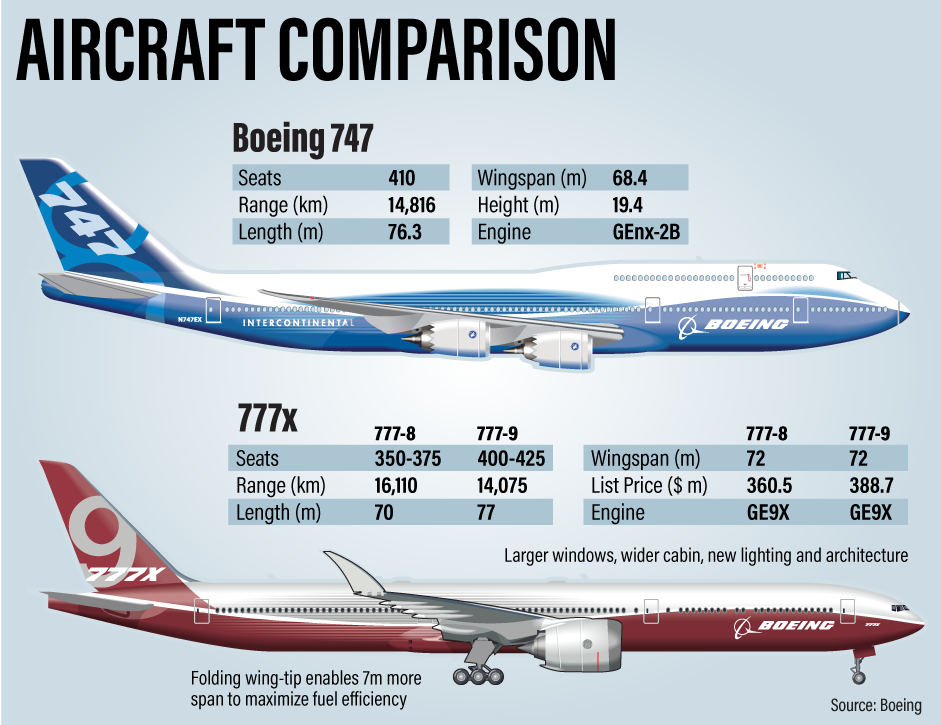 The Boeing 777X is a new series of the long-range, wide-body, twin-engine Boeing 777 family. The 777X is to feature new GE9X engines, new composite wings with folding wingtips, greater cabin width and seating capacity, and technologies from the Boeing 787. 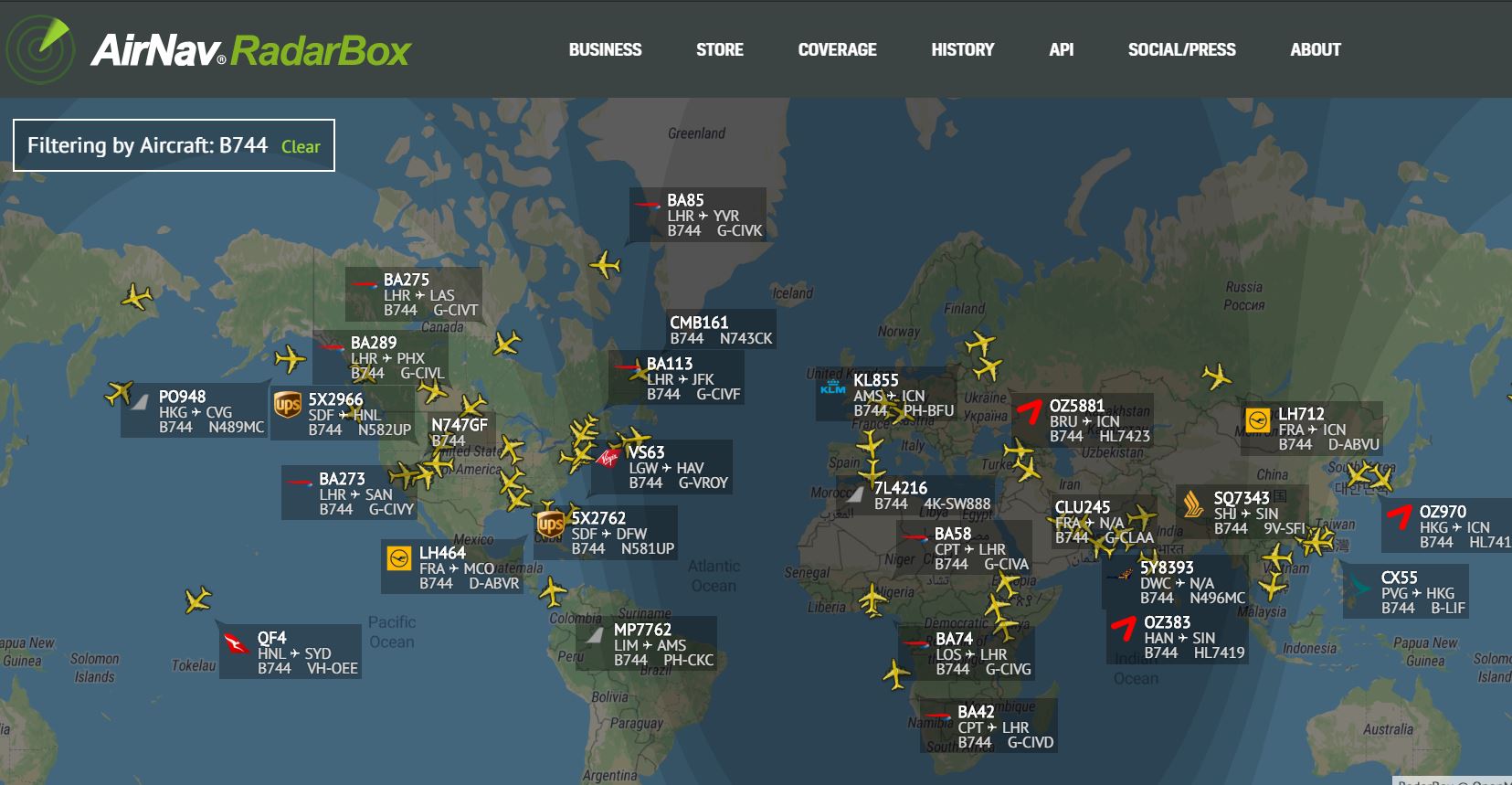 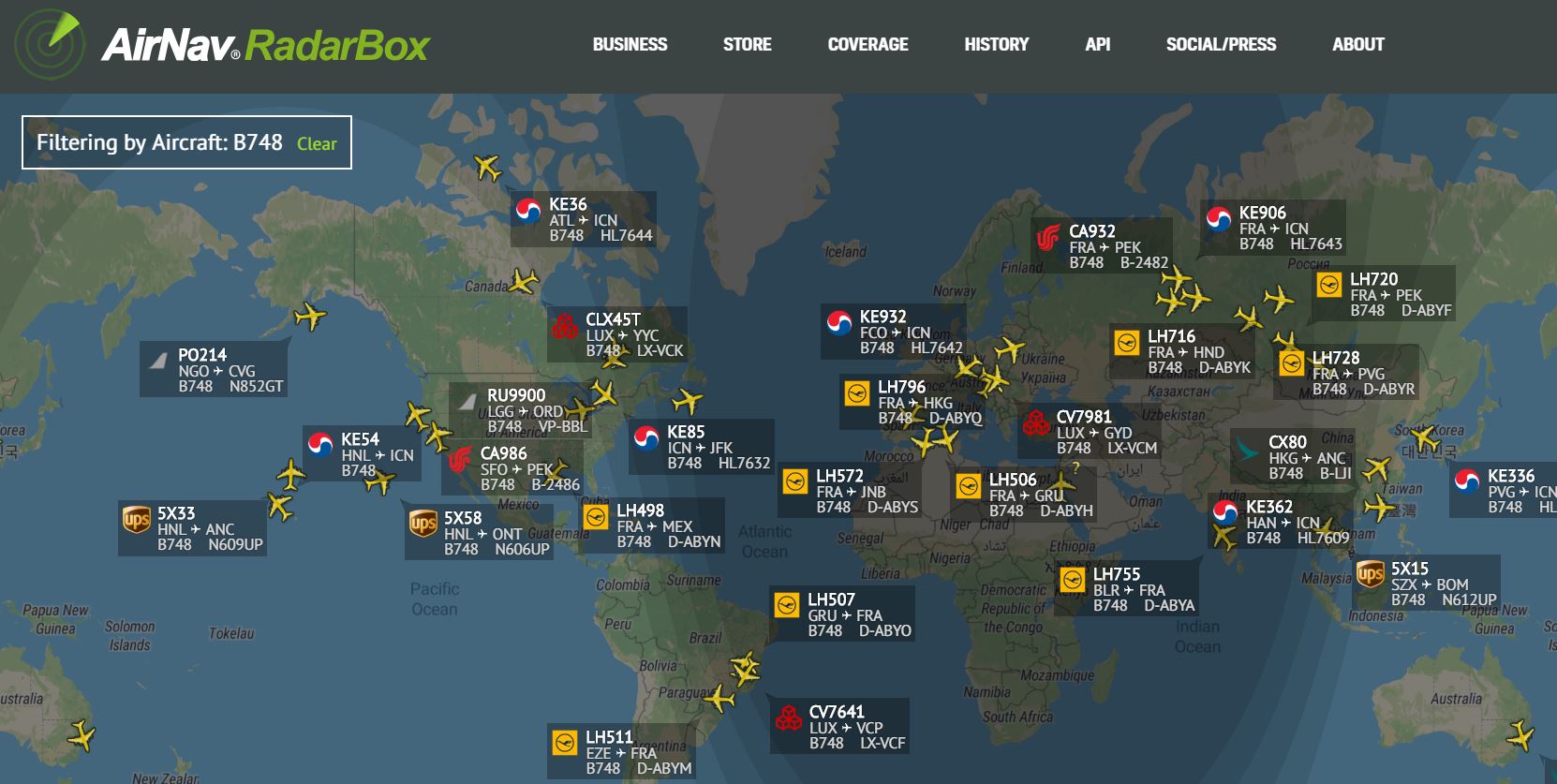