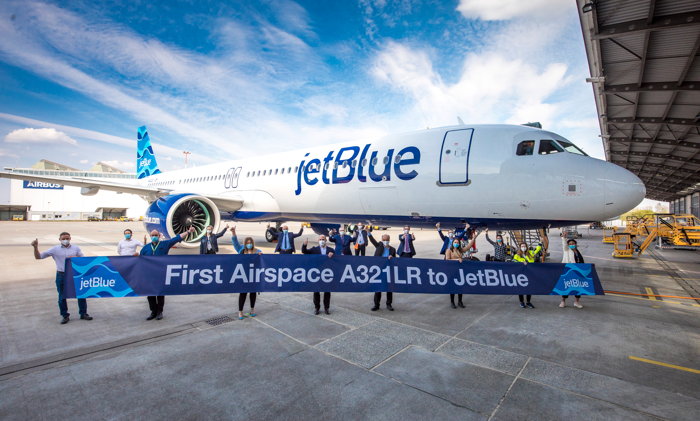 N4022J, otherwise known as JetBlue's First Airbus A321 Long Range with the Airspace Cabin, has been officially delivered to the airline this week.

The airline receiving this aircraft marks the next step in making its transatlantic plans a reality, with JetBlue operating to London in the Summer.

Commenting on the news was Robin Hayes, the airline CEO who stated that this sets the stage for a new era at the airline.

“The delivery of our new A321LR sets the stage for a new era at JetBlue in which we now have an aircraft allowing us to stretch our wings and become a true global carrier offering flights beyond the Americas for the first time ever,”

“The A321LR platform – offering the range of a wide-body but with the economics of a single-aisle aircraft – is the right size for us and will allow us to effectively compete with our award-winning service and low fares on flights between the U.S. and London. We congratulate Airbus on bringing to life the most exciting and innovative narrow-bodied aircraft cabin in the world and JetBlue is honored to be the launch customer for Airspace on the A320 family.” 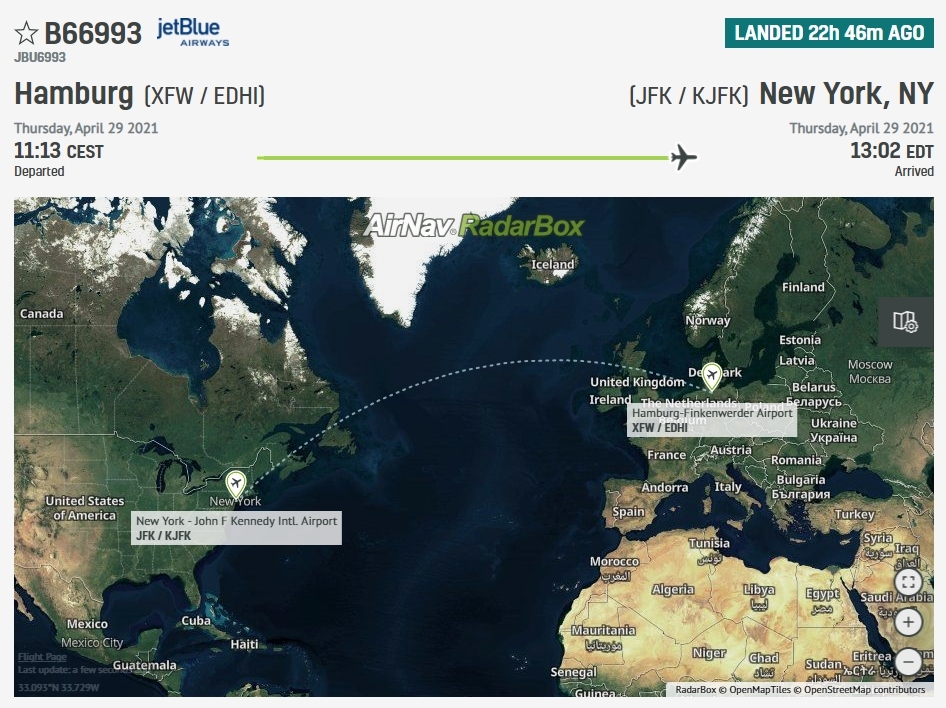 The Image Above: N4022J's flight as JBU6693 from the Airbus factory in Hamburg to New York John F Kennedy International Airport.

“We are honored that JetBlue is our first launch operator for the new Airspace cabin on Airbus Single-Aisle aircraft. We are also confident that the airline’s customers and crew alike will appreciate the outstanding comfort and in-flight transatlantic experience onboard these aircraft,” said Christian Scherer, Airbus Chief Commercial Officer.

With the likes of JetBlue and other carriers setting the stage for long-haul narrow-body operations, it will be interesting to see where this will take travel next.