The Image Above: A global view of air traffic as seen from RadarBox.

Data from AirNav RadarBox is indicating that the number of commercial flights around the globe has risen nearly 50% this week compared to the same period last year. 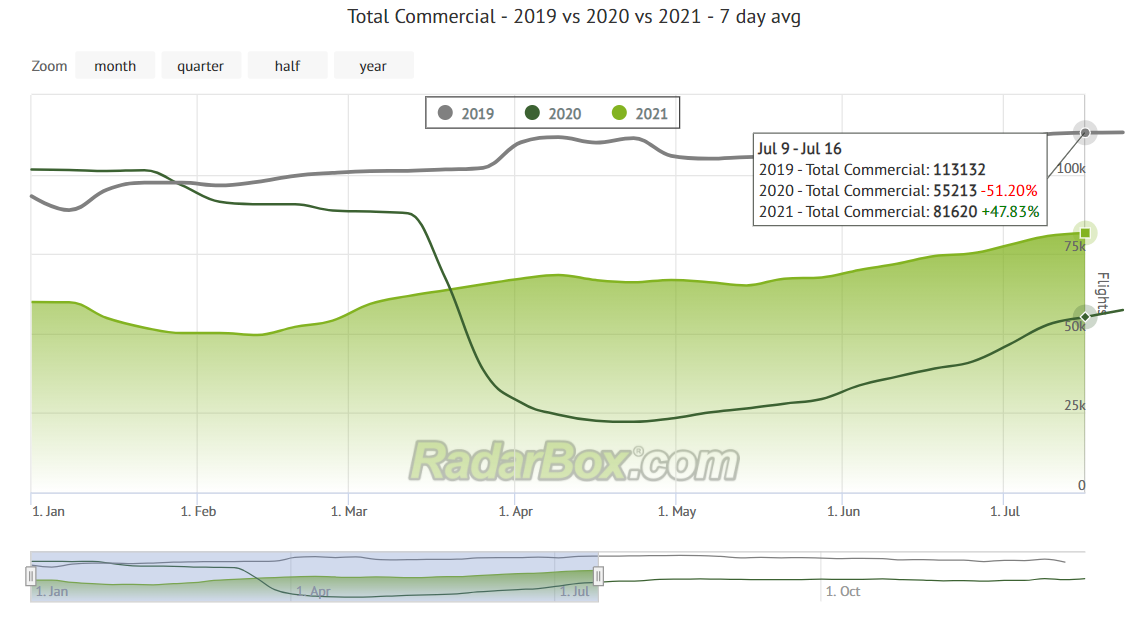 For U.S-U.S travel again, the number of flights seems to be increasing by around 500-1,000 every week, with Europe-Europe at more or less the same rate too.

China came in third place for the most weekly flights, averaging around 11,500 per week.

Whilst areas such as Brazil, Australia, New Zealand, Japan, and others are still recording low flight numbers, they are slowly rising but are overly dependent on the restrictions that will be in place going into the future.

One notable area that has doubled its growth is Canada. In the last two weeks, it has gone from 912 flights from July 3 to 1,846 flights by July 15.

The lowest number of flights in the bracket is operations between the United States and China, with there being a rolling average of 60-70 flights per week.

This of course is probably in line with COVID restrictions and the ongoing trade tensions between the two sides.

Looking ahead, the graph above indicates that the number is going to keep rising, especially as we get towards the end of this month, meaning good potential to get close to 2019 numbers by the end of the year, if not the start of 2022.

If the industry can at least achieve that, then this means that recovery is in full swing and will put us in good stead for the next 12 months.