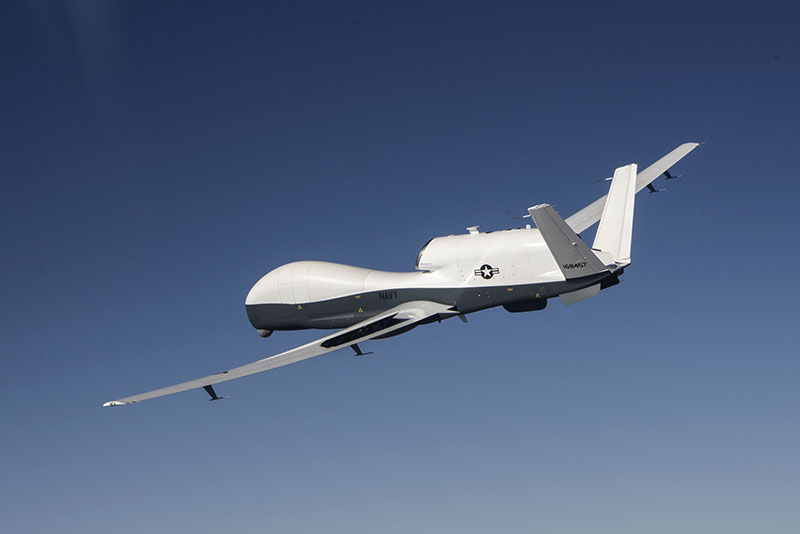 The U.S. barred American-registered aircraft from flying over Iranian-administered airspace in the Persian Gulf and the Gulf of Oman.

The move, in reaction to Iran’s Revolutionary Guard shooting down a U.S. military surveillance drone, affects a region crucial to global air travel. 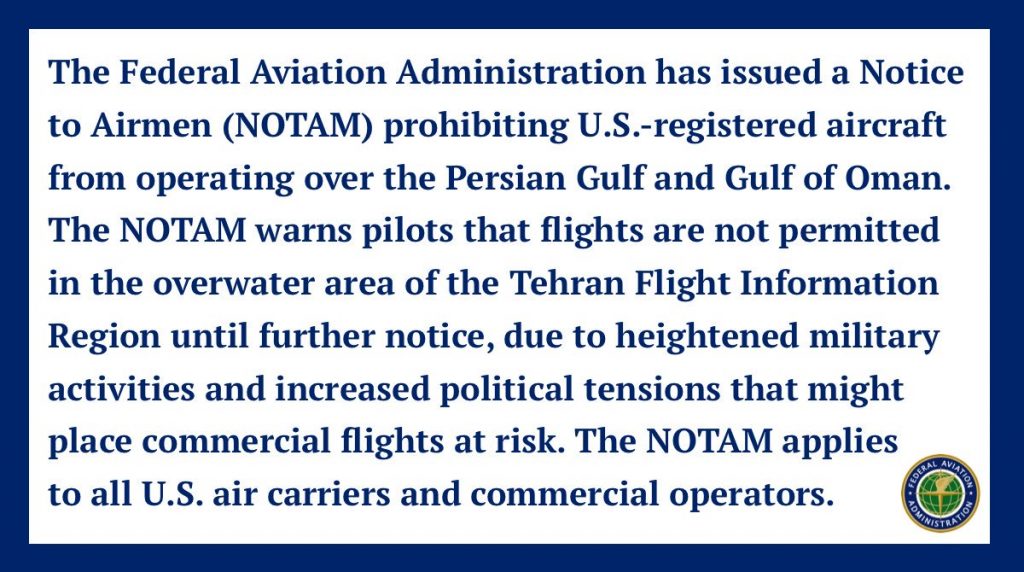 The Federal Aviation Administration warned of a “potential for miscalculation or misidentification” in the region after an Iranian surface-to-air missile on Thursday brought down a U.S.

Navy RQ-4A Global Hawk, an unmanned aircraft with a wingspan larger than a Boeing 737 jetliner and costing over $100 million. 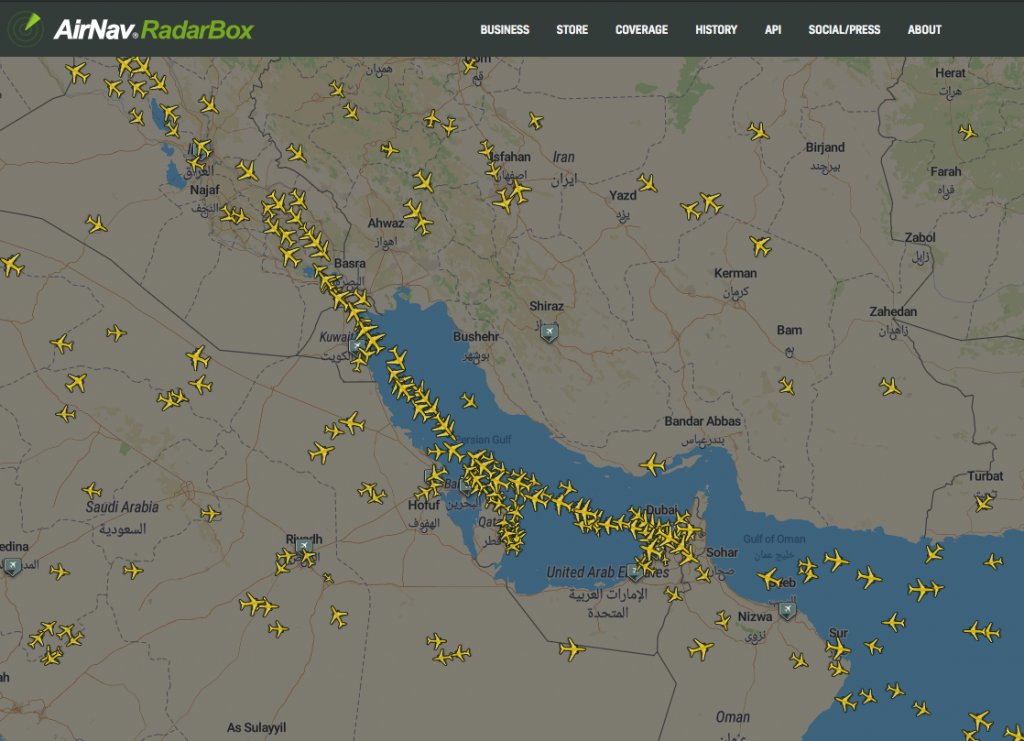 Some global airlines are also redirecting flights to avoid Iran-controlled airspace over the Gulf of Oman and the Strait of Hormuz, citing safety concerns amid intensifying fears of a military confrontation in the Middle East.

A flurry of airlines, including British Airways, Qantas, Lufthansa, Singapore Airlines and Air-France and KLM, announced they would avoid parts of Iranian airspace Friday morning.