The Image Above: An Etihad Airways Airbus A350-1000. Photo sourced from Wikimedia Commons

Etihad Airways' flagship Airbus A350-1000 has inaugurated London Heathrow for the first time from the airline's base of Abu Dhabi.

The flight took place yesterday at 0746GST, before landing at Heathrow at 1152BST.

Operating as EY2008, A6-XWB was the A35K in question that operated the flight, with the return departing Heathrow at 2100BST last night. 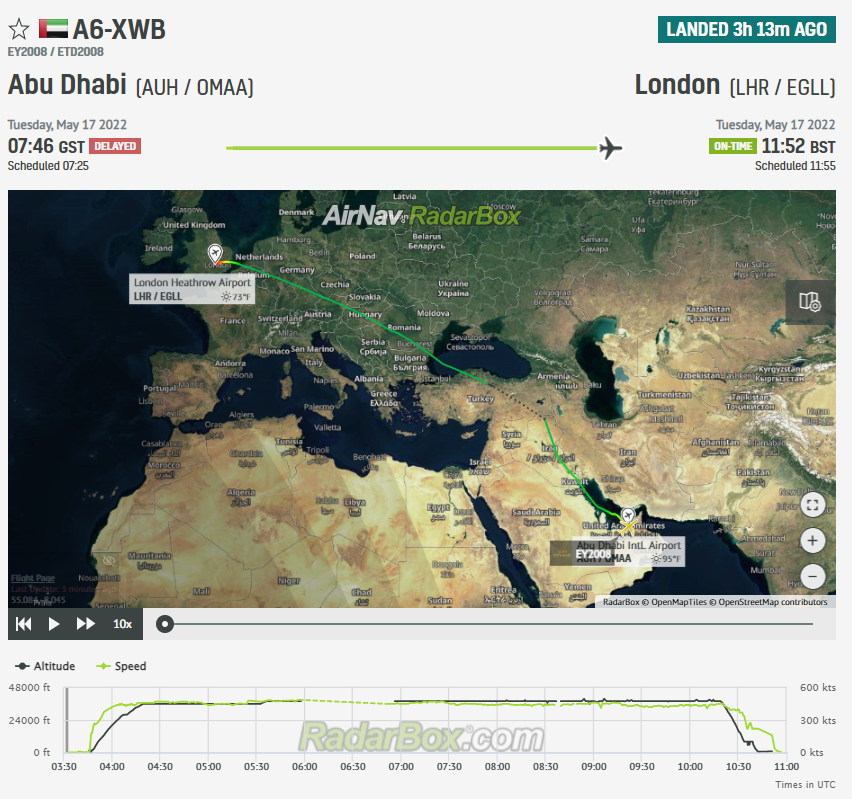 Etihad officially inaugurated its Airbus A350-1000s back in March 2022, with the first service being deployed to Paris CDG, according to AviationSource

A6-XWB was the A350 that officially inaugurated operations, by which you can see Etihad following some form of a theme regarding the Heathrow operations.

The aircraft was delivered to Etihad Airways back in May 2019, but was stored in Bordeaux until May 2021 and then painted in the special "Year of the Fiftieth" livery in November 2021.

Since then, the aircraft has been participating in static displays around the world, including the most recent being on sustainability and aviation.

Five A350-1000s have already been delivered to Etihad already. XWA, XWC, XWE, and XWF are still parked, having been delivered between the timeframe of July 2019 to May 2020.

It remains clear in this case that Etihad is preparing itself for a successful summer, and it is clear also that the A350-1000 will form some level of success in achieving this.