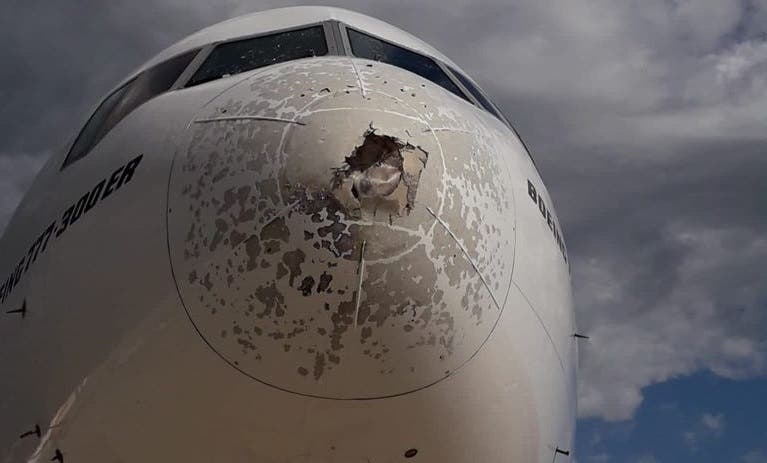 On Tuesday, July 13th, an Emirates flight EK205 with a Boeing 777-31ER (A6-ECF) taking off from Milan Malpensa Airport bound for New York-JFK have begun holding for 90 minutes over the Milan region and was eventually forced to return to Milan Airport after flying through a violent thunderstorm and being hit by hail, interrupting the climb at 20,225 feet. 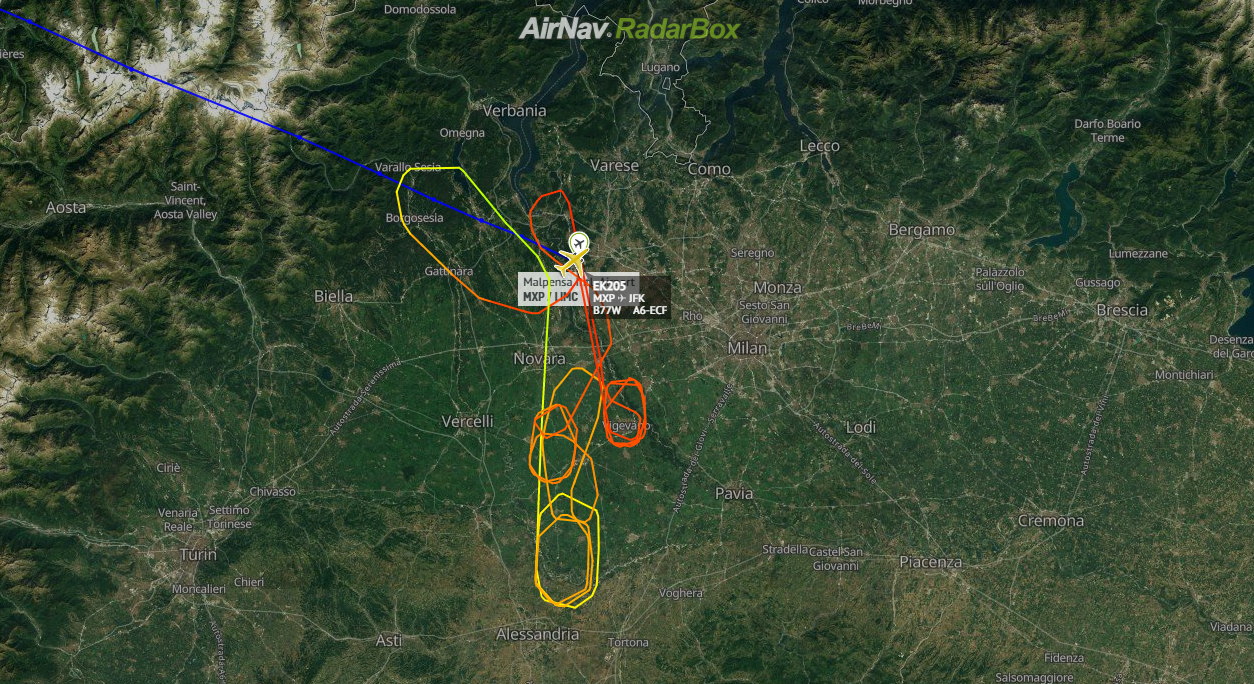 The image above: Emirates EK205 tracklog 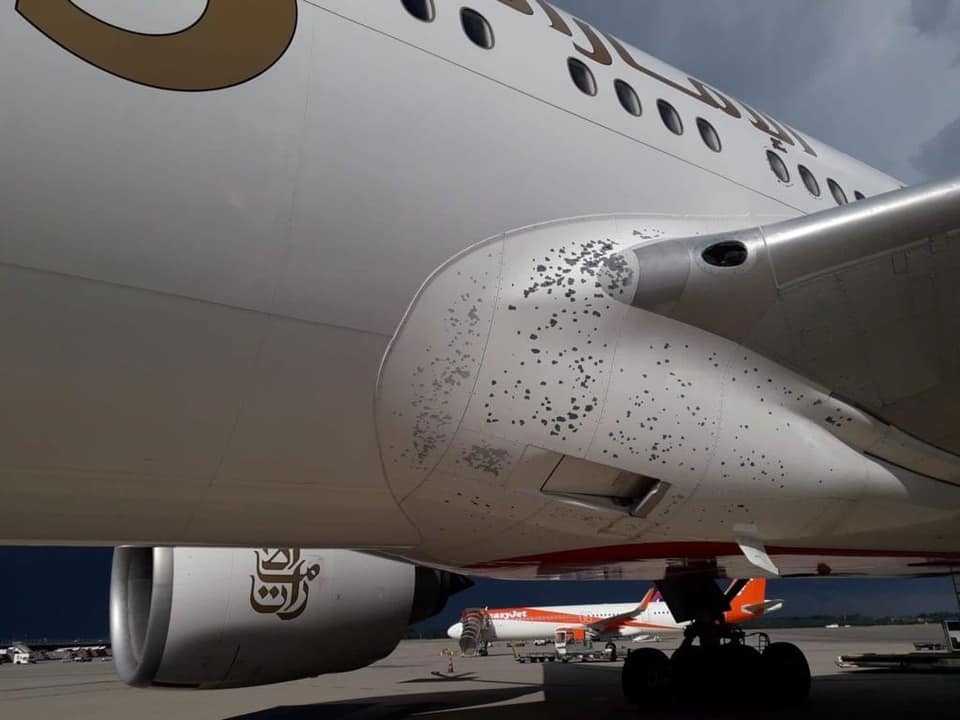 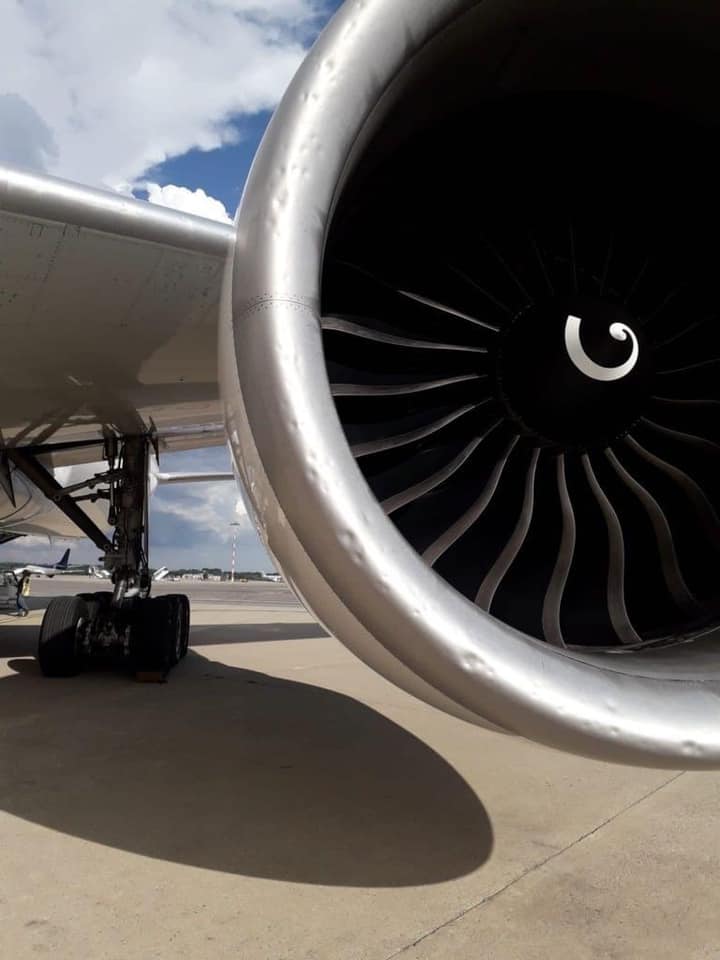 The holding was necessary to drop fuel to land safely shortly after on runway 35L at Milan International Airport. The damage to the Boeing 777-31ER was notable and affected the cockpit glass, and parts of the aircraft's fuselage were damaged. 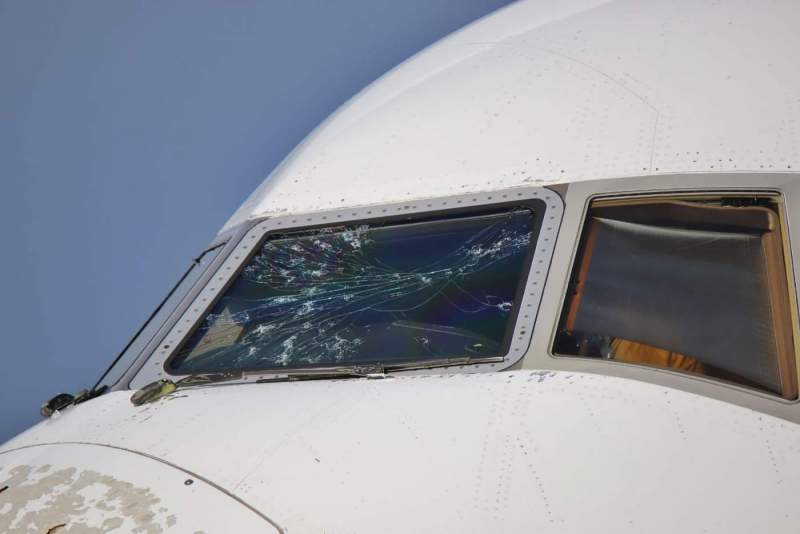