After 2020 and its impact on aviation due to the pandemic, we will analyze the flow of commercial flights around the world in early 2021. 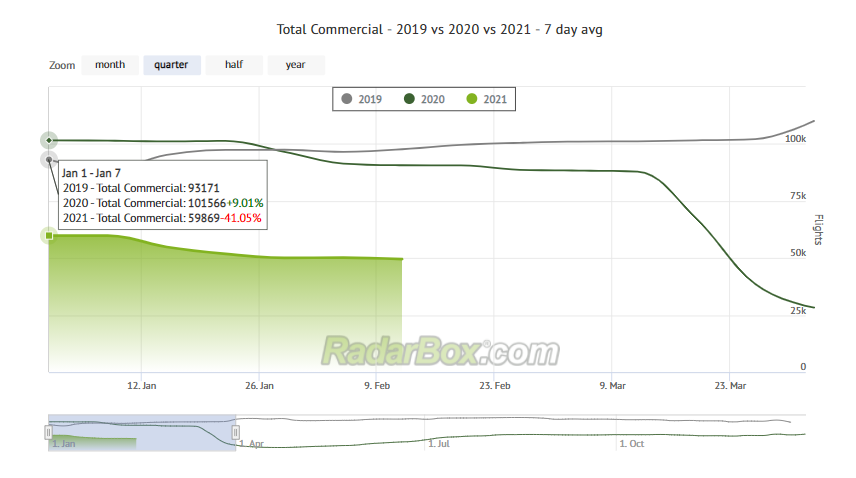 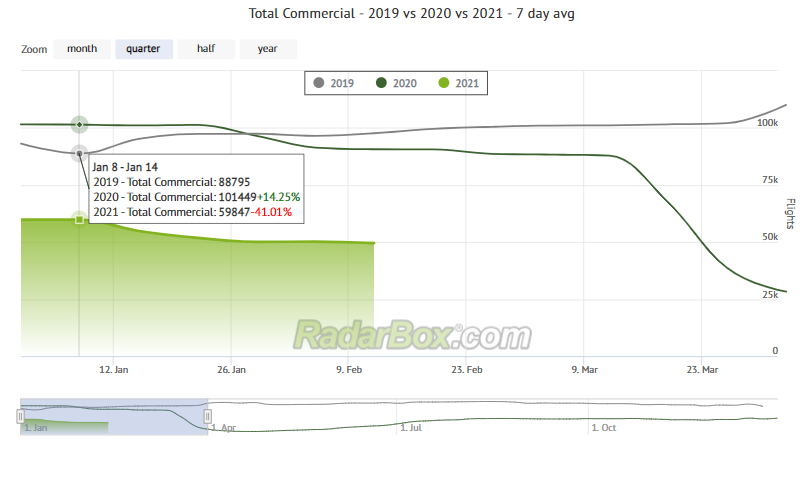 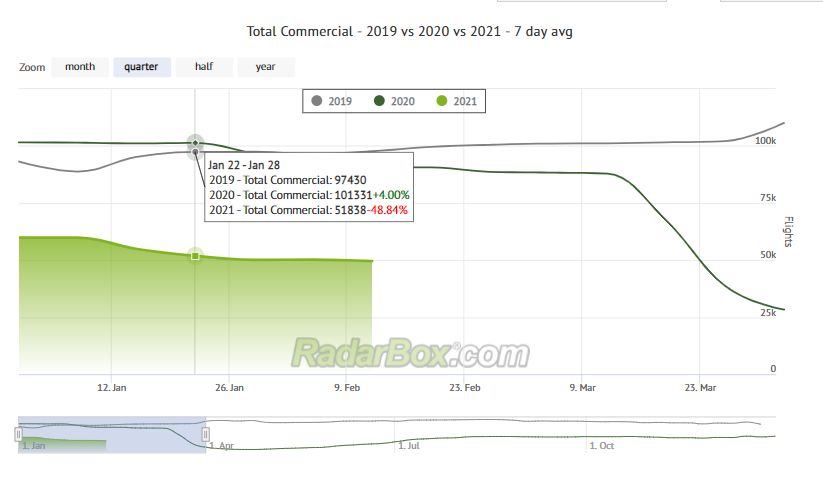 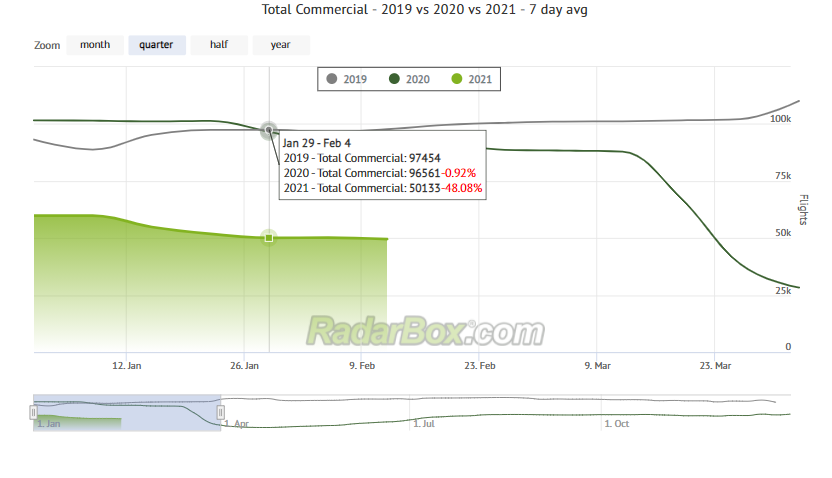 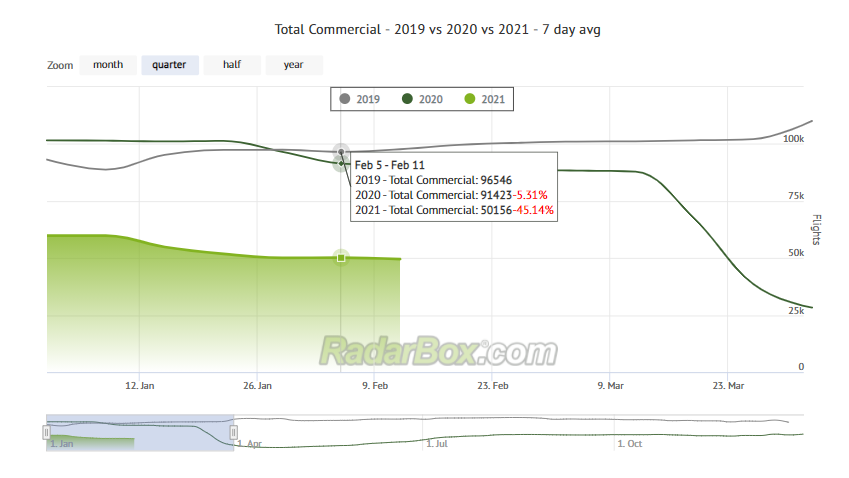 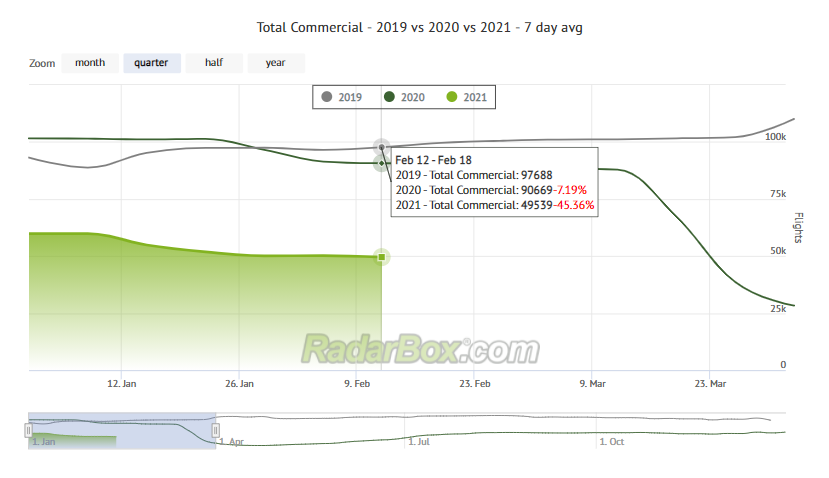 On average, the drop in the flow of commercial flights was -45% to 48% compared to the same period last year and in comparation to 2019.

The pandemic is still reflected in aviation, especially in commercial aviation, with the decrease in flights around the world.

The trend is that these numbers gradually improve with mass vaccination, and that, thus, commercial travel and flights may gradually return.

Find this data and more other data on air traffic data, commercial flight statistics in the world, the USA and many other data on our website: