Airbus To Test A380 With Hydrogen Combustion Technology 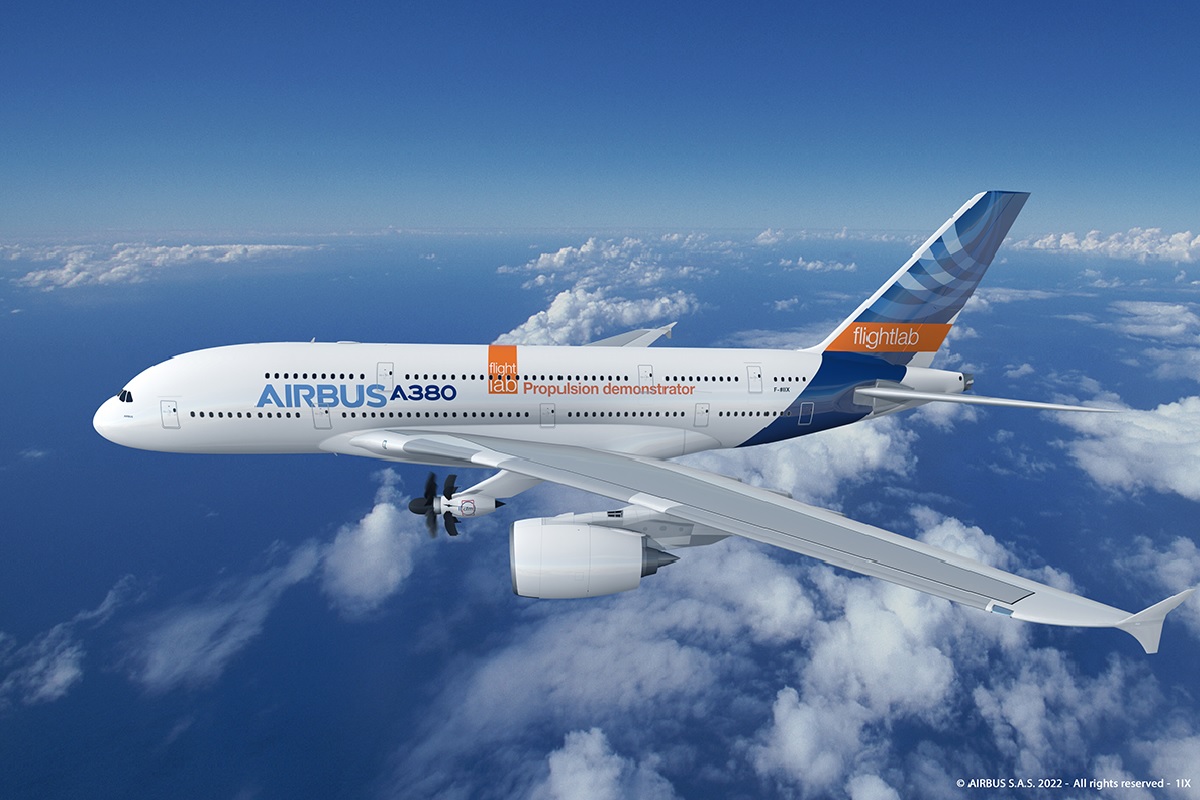 Airbus and CFM International are working to flight test CFM's cutting-edge open fan engine architecture. According to CFM, the Flight Test Demonstrator aims to mature and accelerate the development of advanced propulsion technologies, as part of CFM’s Revolutionary Innovation for Sustainable Engine (RISE) demonstration program, on board an Airbus A380. The flight test will be conducted in the second half of this decade from the Airbus Flight Test facility in Toulouse, France. Ahead of the A380 test flights, CFM will perform engine ground tests in the U.S (Victorville, California).

Noticed this #A380 ?? very special engine?
This new A380 flight test demonstrator will be equipped with a @CFM_engines cutting-edge open fan engine to test and mature fuel-efficient technologies! ????
Learn more: https://t.co/CRCz99n3fA pic.twitter.com/L9UDCo0muD 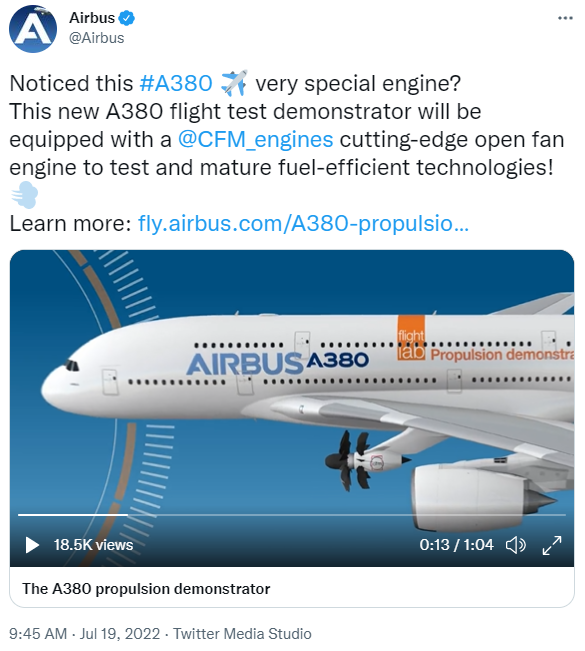 The CFM and Airbus flight test program aims to contribute to future improvements in engine and aircraft efficiencies, better fuel efficiency that would provide a 20% reduction in CO2 emissions compared to today's most efficient engines, and ensuring compatibility with 100% Sustainable Aviation Fuel (SAF). 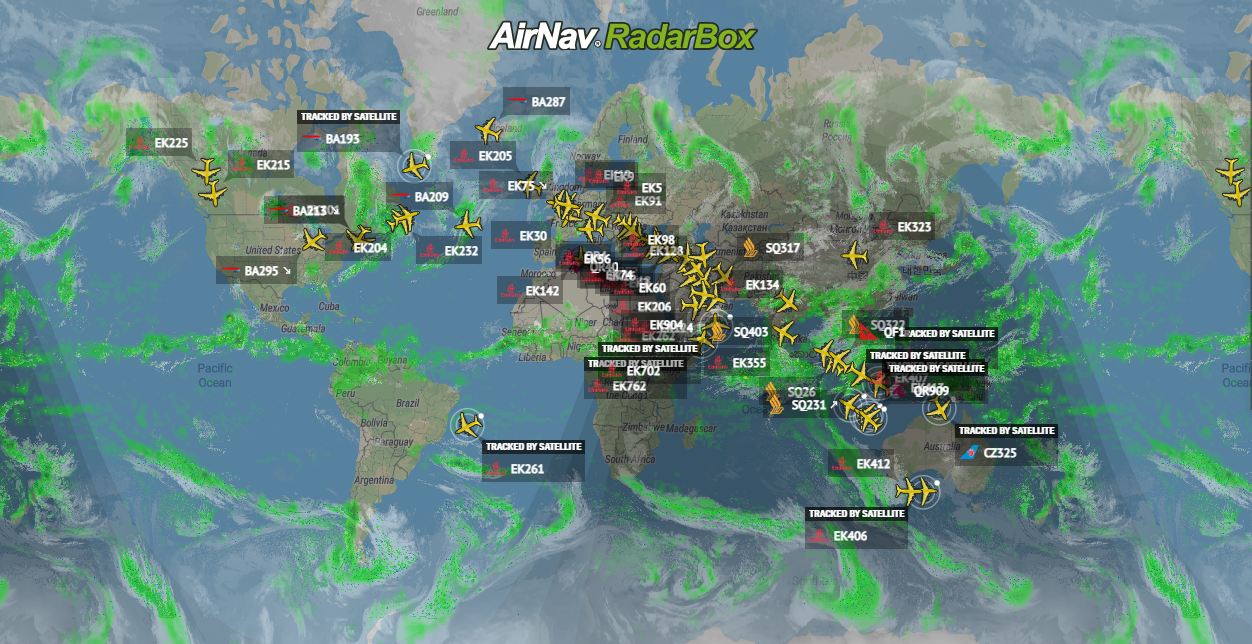 Airbus A380 Fleet tracked via RadarBox.com

“New propulsion technologies will play an important role in achieving aviation's net-zero objectives, along with new aircraft designs and sustainable energy sources. By evaluating, maturing and validating open fan engine architecture using a dedicated flight test demonstrator, we are collaboratively making yet another significant contribution to the advancement of technology bricks that will enable us to reach our industry-wide decarbonisation targets.” said Sabine Klauke, Airbus CEO.

Gaël Méheust, President and CEO of CFM International commented: “The CFM RISE Program is all about pushing the technology envelope, redefining the art of the possible, and helping to achieve more sustainable long-term growth for our industry. CFM, its parent companies, and Airbus all share the same vision and commitment for the future; the open fan flight test demonstration program is an exciting next step toward achieving the industry’s net-zero goals.”

In February of this year, the two companies announced a joint test flight program to validate hydrogen propulsion capability toward achieving net zero carbon emissions for the aviation industry in the next few decades.